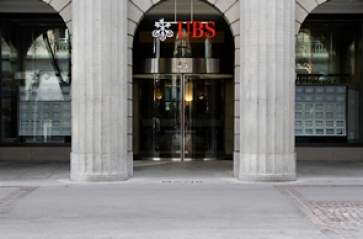 UBS bank
UBS has been fined £940m by regulators in the UK, US and Switzerland for its manipulation of the Libor rate between January 2005 and December 2010.

This is made up of £160m to the Financial Services Authority, $1.2bn (£740m) to the US Department of Justice and Commodities Futures Trading Commission and 59m Swiss Francs (£40m) to the Swiss Financial Market Supervisory Authority.
Problems included UBS manipulating submissions to benchmark rates, colluding with employees at other banks to influence benchmark rates and giving inappropriate directions to UBS rate submitters that were motivated by a desire to avoid negative press coverage.
The FSA described the misconduct as "extensive and widespread" and said at least 2,000 inappropriate submissions were made and at least 45 individuals were involved or aware of the misconduct.
{desktop}{/desktop}{mobile}{/mobile}
Libor stands for London Interbank Offered Rate and is a benchmark reference rate which indicate the interest rate banks charge when lending to each other. The fines for UBS follow similar problems at Barclays in the summer for which it was fined £59m by the FSA.
Tracey McDermott, FSA director of enforcement and financial crime, said: "The integrity of benchmarks such as Libor and Euribor are of fundamental importance to both UK and international financial markets. UBS traders and managers ignored this. They manipulated UBS's submissions in order to benefit their own positions and to protect UBS's reputation, showing a total disregard for the millions of market participants around the world who were also affected by Libor and Euribor.
"There should be no doubt about how seriously the FSA views these failings. This is our largest penalty to date and demonstrates our commitment to ensuring that those in the wholesale markets do not put their own interests above those of the markets as a whole."
UBS chief executive Sergio Ermotti said: "During the course of these investigations, we discovered behavior of certain employees that is unacceptable.
"We have cooperated fully with the authorities and taken decisive and appropriate actions to correct these issues and strengthen our control processes and procedures. We deeply regret this inappropriate and unethical behaviour."

More in this category: « Consumer panel's expectations for Financial Conduct Authority Bank of England favours no increase to QE programme »
back to top