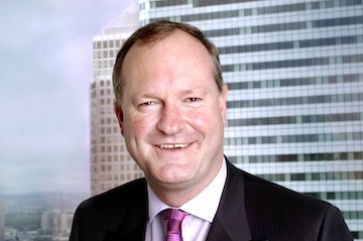 Chris Lucas
Group finance director of Barclays Chris Lucas has announced that he is retiring from the firm.

He will remain in his role until a successor has been appointed and handover has taken place.
The search for a successor for Mr Lucas has already started but the firm said it expected to take a "considerable time" due to the seniority of the role.
Mr Lucas joined Barclays in 2006 after working as UK head of financial services and global head of banking and capital markets at PricewaterhouseCoopers.
Group general counsel Mark Harding, who joined Barclays in 2003, has also announced his retirement from Barclays.
The company is at the beginning of ten-year long programme which it hopes will see Barclays become the 'go-to bank' following last year's Libor scandal.
{desktop}{/desktop}{mobile}{/mobile}
Chief executive Antony Jenkins said: "Chris and Mark both expressed to me late last year that they were considering stepping down from their roles at Barclays. The rationale which each shared with me was consistent and, typically, grounded in wanting to do what is best for the bank. Their decision to retire was theirs alone. Chris and Mark have given tremendous service to Barclays. The Chairman, the Board and all my Executive Committee colleagues and I shall be very sorry to see them go."
Mr Lucas, group finance director, said: "It has been my great pleasure and privilege to serve as group finance director of Barclays for nearly six years now. While it has undoubtedly been the most eventful period during which anyone could have occupied a role such as mine, I have thoroughly enjoyed the challenge.
"However I think now is the appropriate time, as we start the implementation of the Transform programme, to begin my retirement from my role on the Board and Executive Committee, and to pass the mantle on to a successor."