Register for Financial Planning Today website for FREE to view more stories and get our daily newsletters. Click on 2 stories to see Registration pop up.
Tuesday, 21 May 2013 15:32 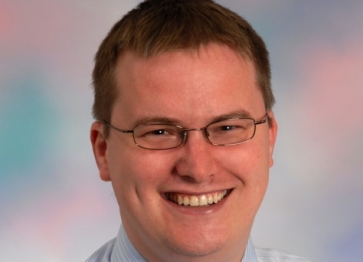 Andrew Roberts of AMPS
Andrew Roberts, the chairman of the Association of Member-directed Pension Schemes (AMPS), has called on the FCA to introduce interim rules on increased capital adequacy changes to allow more debate.

He suggested at the AMPS annual conference today (21 May 2013) that the FCA should introduce an interim amendment to the Sipp capital adequacy rules to give consumers additional protection so that a proper debate can be had on what is the correct formula. AMPS and many Sipp providers are concerned about the changes.

Following a Freedom of Information Request, AMPS said it had obtained 55 out of the 57 responses to CP12/33 and noted strong backing for enhancing consumer protection but minimal support for the regulator's formula. Many industry commentators were also concerned at the lack of evidence to support the regulator's contentions in the consultation paper, according to AMPS.

Some Sipp providers have warned that the new rules, which will raise capital adequacy requirements for many Sipp firms, risk pushing some out of business, particularly those which include property in Sipps. The FCA wants higher capital adquacy requirements on Sipp operators so that enough capital is kept in reserve in the event of a wind up so that administrators are paid.

Although there was no universally agreed system, there was general support for use of 'number of Sipps' and 'number of investments' as a better measure of costs required on wind up than Assets Under Administration. Others suggested capital adequacy should relate to turnover.

As expected, there was no challenge to the increase in the Fixed Minimum Requirement from £5,000 to £20,000 with most, including AMPS, supporting an increase to £50,000.

There was disbelief that fixed term deposits could be treated as non-standard assets and a running theme that commercial property was a common investment within Sipps. Noting that property can take longer to transfer, some suggested a different surcharge for property than other non-standard assets.

Commenting on the potential next steps, AMPS chairman Andrew Roberts said: "The rules do not need to be over-engineered and simplicity has its advantages. The final outcome should present prudential requirements that do not needlessly force out well-run Sipp firms.

"The FCA has an unenviable task in settling on a system that will be fit for purpose in years to come but will be under pressure to increase current requirements. I suggest that every Sipp provider is mandated to move to 13 weeks' expenditure as an interim measure, with a minimum of £50,000. This would provide higher consumer protection than is already in force.

"The FCA can then explore whether there is any need to increase the capital requirement above this level, or move from expenditure to turnover. If evidence shows that consumers are not sufficiently protected at the new level, they should investigate a formula having regard to the number of in force Sipps and the nature of the underlying investments."

More in this category: « Inflation falls to 2.4 per cent for first time in six months 1 in 7 expecting to rely solely on State Pension for retirement income »
back to top