Register for Financial Planning Today website for FREE to view more stories and get our daily newsletters. Click on 2 stories to see Registration pop up.
Wednesday, 25 September 2013 10:01 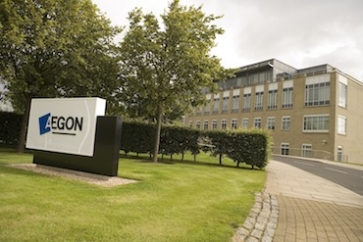 The company says that Mr Davis' appointment completes the changes to Kames' senior leadership team announced earlier this year, including the separation of the CEO and Chief Investment Officer (CIO) roles.
As CEO, he will focus on strategic direction, governance and overseeing the overall development of Kames as a distinct business within Aegon Asset Management. Mr Davis will also lead the Kames executive team including Stephen Jones, who was named CIO earlier this year following his successful contribution building Kames' fixed income franchise.
Mr Davis has more than 20 years' experience in financial services, most recently as CEO of fund supermarket Cofunds. At Cofunds, he oversaw the platform's transition through the UK Retail Distribution Review and a growth in assets under management. Before joining Cofunds, he spent a number of years with Zurich Insurance Group, including running its International and Global Emerging Markets life businesses. During his four years as CEO of Zurich's International Life operation, he grew the business considerably.
{desktop}{/desktop}{mobile}{/mobile}
He was also CEO of Zurich's joint venture Openwork, a network of financial advice firms. Mr Davis previously held senior management roles at Misys, Corillian and Reuters.
Sarah Russell, CEO of Aegon Asset Management, said: "I am pleased that Martin is joining Kames Capital. His experience of leading and building financial services companies make him the ideal choice to take the business forward in the next stage of its evolution. His knowledge of the UK asset management market, and his deep understanding of the client perspective, will enable him to strengthen Kames' competitive position and grow our business with retail and institutional investors across a diverse range of asset classes."
Mr Davis said: "I am looking forward to working with the great team at Kames Capital as it takes its next step in the development of its business, and as it continues to deliver value and performance to its customers."
Tweet
This page is available to subscribers. Click here to sign in or get access.
Published in Articles
Tagged under