One in five women over 40 depend on partner for pension 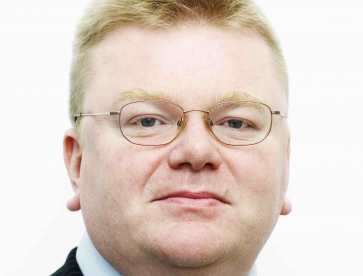 Vince Smith-Hughes of Prudential
Fewer than half (46 per cent) of couples over the age of 40 in the UK have made arrangements to ensure that one partner will continue to receive a retirement income after the other dies.

According to new research from Prudential, women over 40 are most at risk with one in five (21 per cent) currently planning to depend entirely on their other half for a retirement income, compared with just five per cent of men over 40.
Overall, in 13 per cent of over-40s couples one partner (male or female) will be entirely reliant on the other's pension to provide an income in retirement.
The Prudential study found that 53 per cent of couples aged over 40 have made no arrangements to ensure that when one partner dies, their pension will continue to pay an income to the surviving partner.
More than a quarter (28 per cent) of couples have yet to discuss the impact on pension arrangements of one partner's death, while 19 per cent have at least made a will but no other financial plans.
{desktop}{/desktop}{mobile}{/mobile}
The retirement risks faced by many couples are further highlighted by the fact that 41 per cent admit they have never discussed how they will turn their pension savings into an income in retirement.
A further 19 per cent have discussed it but couldn't agree on the best option, and less than a third (30 per cent) of couples have reached a decision on the best retirement income option. However, only 10 per cent plan to purchase a 'joint life' annuity – where a surviving spouse, partner or dependant will continue to receive an income after the annuitant dies.
There is also significant confusion among couples about the sources of their retirement income. One in seven (14 per cent) don't know what their main source of income will be when they stop working.
Vince Smith-Hughes, retirement expert at Prudential, said: "Our research shows that even those couples who have discussed their retirement finances have still made decisions that could leave one of them without an income if they outlived their partner."

Prudential Retirement Report: % of couples with arrangements in place to ensure partners will receive pension if they die

More in this category: « Aviva calls on industry to end 'pension liberation' Europe and Indian funds rebound in October »
back to top