Register for Financial Planning Today website for FREE to view more stories and get our daily newsletters. Click on 2 stories to see Registration pop up.
Tuesday, 26 November 2013 14:39 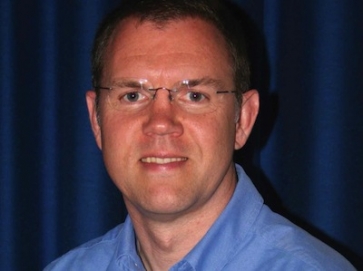 IFP chief executive Steve Gazzard
A poll for Financial Planning Week 2013 has revealed that more than 80% of consumers surveyed recently were worried about making ends meet compared to only 60% who said the same in 2011.

As part of Financial Planning Week, the IFP is running daily polls with consumers throughout this week. The polls are designed to find out what people are thinking and doing when it comes to their money.
The first poll conducted by YouGov for Financial Planning Week in association with Liontrust, questioned over 2,000 people across Britain, and has produced a number of insights.
Despite the Bank of England recently indicating that recovery of the UK economy has now taken hold, most people say life is still very tough when it comes to making ends meet. Some 82% of respondents indicated that they worry about money some, most or all of the time compared to just 60% in 2011. Almost two thirds (63%) of respondents say they are struggling to keep up with bills and credit commitments.
Today's poll also asked people about their fears in relation to the current economic climate and how these are likely to impact their finances. The IFP found considerable variation in in fears, depending upon age.
Inflation is a major worry for many with family budgets under pressure to keep pace with rising prices. More than half of respondents (56%) highlighted rises in the cost of living as a fear including 62% of the 55 and overs.
Some 30% of Brits indicated their concerns about zero or below inflation wage or pension increases, although again the 55 and overs were particularly affected here with 38% indicating it as a fear.
{desktop}{/desktop}{mobile}{/mobile}
Almost a third (32%) indicated that they feared unemployment or job insecurity, a particular concern for those aged 18-24, where 51% cited it as a fear compared to just 13% of those aged 55 and over.
Potential rises in interest rates were noted as a fear by 21% overall, but this was especially so for those aged 25-54 (26% for 25-34 year olds, 33% for 35-44 year olds and 25% for 45-54 year olds), the category most likely to be affected by rising mortgage costs as a consequence of a potential hike in rates.
When it comes to the returns from people's savings and investments, older people were most concerned. Overall, 30% cited fears about the low interest rates affecting the returns on their savings. But for the 55 and over age group 47% indicated it as a fear compared to just 15% of those aged 35-44.
Perhaps reflecting a reasonably positive year for world stockmarkets overall, concerns about challenging stockmarket conditions were not so strongly felt, with just 8% overall fearing the impact of this on the returns from their investments, including 12% of the 55 and overs.
Steve Gazzard CFPCM, chief executive of the Institute of Financial Planning, said: "This two tier impact shows borrowers have benefitted from lower interest rates on mortgages and debt, whilst savers have been under real pressure with returns below inflation which have eroded the value of their savings.
"It's clear that people should consider spreading their investments in order to reduce their exposure to risk, as well as helping preserve the value of assets against inflation. Inflation is a risk in just the same way as volatility. Better education and understanding of this area is a huge issue for the UK population. We believe that those who take advantage of the free financial surgeries available this week will gain greater insight into how to organise their financial affairs to cope more readily with economic change."
Rebecca Taylor FIFP, CFPCM of Dunham Financial Services and President of the IFP, said: "Whilst today's poll results are not surprising, they confirm that people are feeling the pinch. Despite fearing the effects of inflation, I'm concerned people are not taking action to plan ahead and work out how they can organise the family budget to best cope with rising prices. Just 4% have a comprehensive financial plan in place with goals identified and prioritised with costs and a schedule of how and when they can achieve them.
"Even more worrying is that only 11% say they are likely to make a comprehensive financial plan in 2014. If people are to get savvy with their spending they need to have a proper plan in place. After all, if you don't know where you're heading, how will you know when you get there?
Visit www.financialplanningweek.org.uk
Follow Financial Planning Week on Twitter using the hashtag #FPWUK

More in this category: « BSI calls for a 'third way' on financial regulation Demand for financial advisers is up post-RDR »
back to top