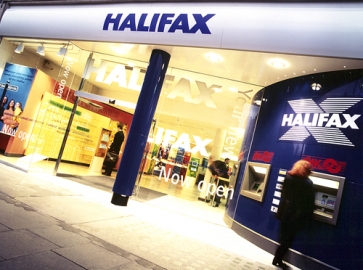 The report presents a snapshot of savings in England and Wales over a three month period. The research is based on data from Halifax's deposit savings database.
Women in the South East are the most savvy savers in the country, according the latest Halifax Savings Barometer.
The quarterly savings review shows that women are not only out-saving men, with an average balance of £8,113 - 7% more than male savers (£7,563) - but they also save more in proportion to their earnings.
The average balance of a female saver equates to almost 40% of their average annual gross earnings, which is almost twice the amount male savers manage, 22% (See Table 1).
In all regions, except the North East, female average balances are above those of male savers. The 10% difference in average savings balances in the South East is the greatest in all of England and Wales and sees women here holding an average balance of £9,578 compared to the £8,713 held by men.
The analysis is based on average savings balances held by customers with Halifax in October 2013.
Richard Fearon, head of Halifax Savings, said: "We have seen women consistently out-saving men throughout 2013, both in terms of average balances and in relation to earnings.
"This suggests a fundamental difference in the attitude towards saving between the sexes, and highlights that, even if you're earning less, it is possible to save more with a positive savings habit in place."
{desktop}{/desktop}{mobile}{/mobile}
There is a wide variation in average balances between regions for all savers; the highest overall being in the South East (£9,137) and the lowest in the North East (£7,279); a difference of 26%.(See Table 2).
Nineteen of the twenty local authorities with the largest average savings balances are in the south of England. These include South Buckinghamshire (£13,429), Mole Valley (£13,407), Chiltern (£12,907) and Elmbridge (£12,450). Only Derbyshire Dales (£11,908), from outside the south, makes the top 20 savings areas. (See Table 3)
However, five of the ten lowest areas for savings are in London. The lowest balances are in the inner city areas of Hackney (£4,187) and Newham (£4,464), followed by Manchester (£4,848), Barking and Dagenham (£4,979) and Lewisham (£5,125). (See Table 4)
Mr Fearon, added: "Approaching the end of the year it can be easier to appreciate the benefits that savings can bring. Whether you are looking to cushion the cost of Christmas or are already starting to plan for 2014, by committing to putting money aside each month, it's much easier to build up savings for the things you want, rather than trying to find the money when you need it."

More in this category: « Most Britons unaware of Financial Planning benefits Vanguard index to measure value of fee-based advisers »
back to top