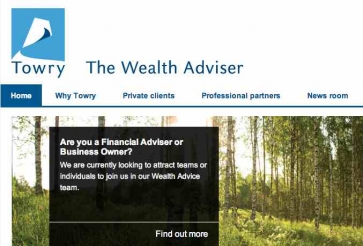 
Lighthouse, one of the country's largest listed UK IFA advisory businesses, announced the sale of its 50.1% holding today.
The deal means Towry, a wealth adviser, has acquired Deverill Black, a Bristol-based wealth management and financial planning company.
Towry employs 750 staff in 20 offices across the UK, managing over £5 billion of client assets.
Andy Cowan, head of wealth advice at Towry, said: "It is fantastic news to bring Iain Black and his team to Towry."
Deverill Black, led by Iain Black who has been in financial services for 30 years, has been trading since 2001 and has three employees, including two wealth advisers.
It advises around 300 clients.
{desktop}{/desktop}{mobile}{/mobile}
Mr Black and his team will look after all former Deverill Black clients offering the full services of Towry.
Mr Black said: "Following recent regulatory changes affecting the industry, we recognised that it would be in the best interests of our business and clients to find an extensive wealth management offering for the long-term future.
"Towry very much fits the bill."
Information from Lighthouse showed Deverill Black recorded a profit after taxation of £29,506 and had net assets of £152,891, as of December 2012.
Tweet
This page is available to subscribers. Click here to sign in or get access.
Published in Articles
Tagged under

More in this category: « Cooper Parry Wealth to join global accountancy network £24m deal for Brooks Macdonald to buy Levitas »
back to top