Register for Financial Planning Today website to get our daily newsletters. Click on 2 stories to see the Registration pop up.
Monday, 23 December 2013 10:02

Chancellor to end bar on transferring CTFs to Junior Isas 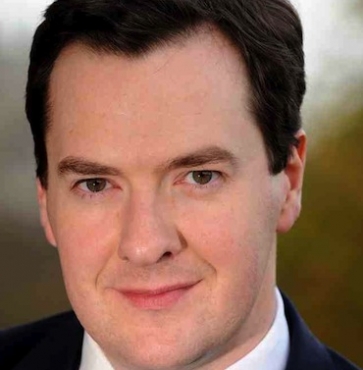 Chancellor of the Exchequer George Osborne
The Government has announced it will axe the ban on moving cash from old Child Trust Funds to junior Isas.

The Treasury today released its response to a consultation launched in the 2013 Budget.
This states that it is looking to bring in legislation to make the first transfers possible by April 2015.
The Treasury document says: "On balance, the Government believes that on the principle of fairness, the proposal laid out in the consultation document should be implemented.
"Therefore, the transfer of savings from a CTF to a Junior Isa should be permitted at the request of the registered contact for the CTF.
"Given the uncertainty about the impact that this change will have on the wider CTF market, the Government also believes, as outlined in the consultation document, that when taking legislative powers to allow voluntary transfers, it should also provide scope for further intervention in the CTF market in case this is required at a later date."
However, it has decided that while it will allow cash transfers it will not permit mergers of CTFs and Junior Isas.
{desktop}{/desktop}{mobile}{/mobile}
CTFs were launched by the Labour Government and babies born from September 2002 received an average voucher of £250.
But the funds no longer received Government contributions after 2011 when junior Isas were introduced.
Moving money from CTFs to Junior Isas has previously not been allowed.
Chancellor George Osborne is quoted by the Mail saying that the decision "supports hard-working families who want to save for their children".
Danny Cox, head of Financial Planning, at Hargreaves Lansdown said the key points were voluntary transfers will be permitted but there will be no merger yet.
He said: "This is great news. The days of the Child Trust Fund have been numbered since the launch of the Junior Isa.
"Child trust funds have been in terminal decline since 2011, seeing millions trapped in expensive products or suffering lower interest rates than their Junior Isa counterparts.
"This change will pave the way for a significant improvement in choice and outcomes for over 6 million children.
"Transfers should happen from April 2015 and in the meantime, parents and grandparents who are saving into Child Trust Funds for their children or grand-children should continue to do so."
Guy Simmonds, Nationwide's head of product, protection and investments, said: "This is good news for parents. As one of the largest providers of both CTFs and Junior Isas, Nationwide has consistently echoed our members' call for more flexibility in the way they save for their children."
Last modified on Friday, 27 December 2013 12:12
Tweet
This page is available to subscribers. Click here to sign in or get access.
Published in Articles
Tagged under

More in this category: « Aegon buys Novia Investment Services Offer made for James Hay's owner IFG »
back to top