Register for Financial Planning Today website for FREE to view more stories and get our daily newsletters. Click on 2 stories to see Registration pop up.
Thursday, 30 January 2014 09:42

Which? study finds over half of advisers duck cost question 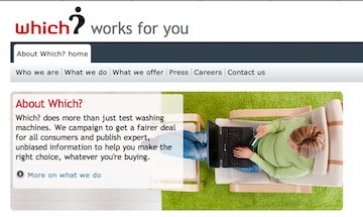 the Which? website
More than half of advisers who were contacted as part of an undercover report failed to say how much their services were likely to cost.

Only 14 of the 30 advisers who were approached by telephone in the Which? survey gave a clear indication of costs.
Researchers at Which? suggested advisers had dodged the question.
It comes just over a year after the introduction of the Retail Distribution Review - aimed at increasing transparency and industry standards.
{desktop}{/desktop}{mobile}{/mobile}
Which? researchers rang advisers pretending to be potential clients who had recently inherited £60,000 and were interested in investing the money because they were unimpressed with low interest rates on cash savings.
The Which? report said: "We asked if the advisers could give us an indication of how much their advice was likely to cost. More than half of them failed to do so, opting, in our view, to swerve the question.
"Most who didn't answer explained that they offer a free initial meeting and that charges would be discussed later – but the fact that 14 of the 30 gave us a clear indication demonstrates that it is possible to give a straight answer."
Which? also examined the 30 advisers' websites and found just nine included a menu of prices, with the other 70% not including any specifics.
Some 55% admitted that they publish no details at all.
Some sites had sections such as 'how we are paid' or 'transparent charges', which did not actually give any cost details.
Harry Rose, Which? money expert, said: "On the whole, advisers have adapted their services well to cope with the RDR.
"We think it's important for advisers to adhere to the spirit of the rules as well as the rules themselves, and this means being open about how much they charge."
Kevin White, deVere UK's head of Financial Planning, said: "There is absolutely no excuse for financial advisers to - as Which? puts it - swerve the question, about how you will be charged and how much the advice will cost.
"Should an adviser dodge the fee issue, they are either likely not confident in themselves for being worth the money they are charging, or they do not believe in what they are doing."
Last modified on Wednesday, 26 February 2014 12:36
Tweet
This page is available to subscribers. Click here to sign in or get access.
Published in Articles
Tagged under

More in this category: « Magnum of Champagne competition – just 2 days to enter Fifth of younger people 'know nothing' about pensions »
back to top