Register for Financial Planning Today website for FREE to view more stories and get our daily newsletters. Click on 2 stories to see Registration pop up.
Thursday, 27 March 2014 07:55 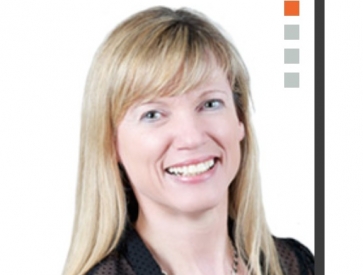 Gillian Hepburn,  director  of Quality Platform Solutions, expressed concerns about the lack of top female bosses in the sector.
She hit out after it was revealed recently that the FE Alpha Manager ratings featured just ten women out of 165 managers in total.
It was a record high since the rankings were created in 2009 – yet even now the number equates to just 6%.
Ms Hepburn, in her Letter of the Month entry to Financial Planner Magazine, wrote: "I read with interest that the number of women reaching the top performing fund managers' list this year has reached the dizzy heights of 10 – sadly only 6 per cent of the total ranked – and while doubled since 2011 it is still appallingly low and begs the question of women and financial services – is it really a man's world?"
{desktop}{/desktop}{mobile}{/mobile}
The number of women making it onto the list has gone up by two this year, with eight female Alpha Managers in 2013 and seven in 2012.
Ms Hepburn said a recent survey of the top US hedge funds highlighted that those run by women returned an average gain of 9.8 per cent against a benchmark of 6 per cent.
She asked: "So, is it the case that women can perform in the investment world but just choose not to take part?
"Are women disengaged generally with the industry or does this compare differently in other sectors?
"The good news is that the number of female IFP members stands at 342 but is still only 17 per cent of the total membership.
"In terms of addressing the 'gender gap', we continually need to consider the engagement of women on all levels."
She added: "I'm not a fan of having to reach quotas of women in any industry, unless merited, but I do believe that women have a significant contribution to make in financial services."
This email address is being protected from spambots. You need JavaScript enabled to view it.
Last modified on Wednesday, 26 March 2014 14:55
Tweet
This page is available to subscribers. Click here to sign in or get access.
Published in Articles
Tagged under

More in this category: « Santander UK hit with £12m fine by the FCA Amundi and Tikehau strike strategic asset management deal »
back to top