Register for Financial Planning Today website for FREE to view more stories and get our daily newsletters. Click on 2 stories to see Registration pop up.
Wednesday, 14 May 2014 08:45 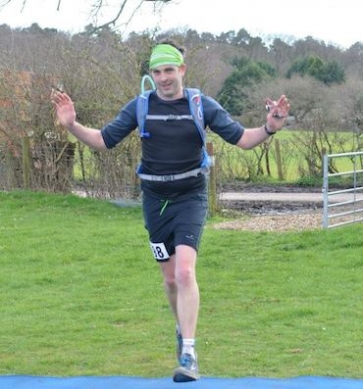 Martin Bamford CFP
A 106km ultra marathon is the challenge ahead for a Financial Planner this summer.

Informed Choice's Martin Bamford CFPCM has set his sights on the Isle of Wight Challenge on 23 August to raise cash for The Jigsaw Trust.
It involves a complete circuit of the Isle of Wight coastal path, starting and finishing in Cowes.

Mr Bamford took up running for the first time two years ago and has since completed four marathons, including the London Marathon last April in 3 hours 39 minutes and the New Forest 50km Ultra Marathon in March this year.
He said: "Ultra distance running is exceptionally rewarding and something that sounds a lot more daunting than it really is. I'm preparing for my first 50 mile ultra marathon, along the North Downs Way on 17 May, and then I will turn my attention to this race around the Isle of Wight on the August bank holiday weekend."

More in this category: « Morningstar survey finds a lack of trust in advisers Annuities 'key part' of retirement planning despite reforms »
back to top