Register for Financial Planning Today website for FREE to view more stories and get our daily newsletters. Click on 2 stories to see Registration pop up.
Wednesday, 28 May 2014 10:32

Half of young savers to put more into pension after Budget 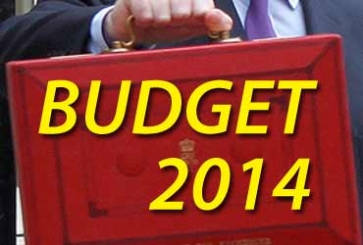 Almost half of young savers will put more into a pension fund following the radical Budget reforms, a study suggests.

Some 48% of 18 to 24 year olds said they think they will save more in their pension.
Legal & General's MoneyMood research found a quarter of adults across the board would be saving more into a pension following changes announced in the Chancellor's budget in March.
Researchers asked 578 adults, who were already saving in a company pension or an individual pension, whether they would be likely to save more following the removal of the requirement to buy an annuity with their pension savings.
In the younger age groups four out of 10 said "yes".

The 25 to 34 year-old category also appeared to be more likely to save more in a pension than their older peers with 40% saying yes.
However, an almost equal number in this age group said the Budget changes will not encourage them to save more in a pension.
Across all age groups 24% said the budget changes would encourage them to save more in their pension, which equated to around 10 million people.
Helen Buchanan, corporate managing director of marketing and distribution at L&G, said: "The positive response among young pension savers to the pension flexibility introduced in the Budget is a fantastic result.
"The chancellor appears to have achieved the impossible and created a pension system that appeals to those under 35 who, until now, were the age group who tended to put off saving for their retirement.
Last modified on Tuesday, 24 June 2014 17:29
Tweet
This page is available to subscribers. Click here to sign in or get access.
Published in Articles
Tagged under