Register for Financial Planning Today website for FREE to view more stories and get our daily newsletters. Click on 2 stories to see Registration pop up.
Thursday, 24 July 2014 11:29 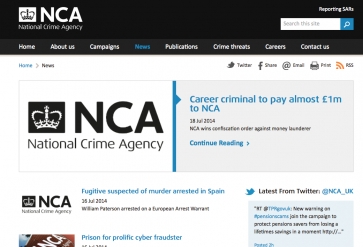 A mother whose son committed suicide after falling prey to pension fraudsters has spoken of her devastation as a new campaign against the crime was launched today.

The Pensions Regulator hopes to stop others being scammed into moving their retirement savings into unregulated high-risk or bogus investments that could result in them losing their entire pension pot.
The known amount of funds paid into pension scams stands at £495m though it is thought, with not all activity reported, this could actually be much higher.
{desktop}{/desktop}{mobile}{/mobile}
Last October the National Crime Agency took down more than ten websites designed to deceive members of the public into losing much or all of their pension savings.
One woman, whose 40-year-old son took his own life after never receiving a promised £17,000 lump sum following the transfer of his £42,000 work pension, has come forward for the Pension Regulator's campaign.
She said: "I don't want other mothers to suffer what I've been through, and what my family has been through.
"No matter how desperate things get, don't be tempted to cash in your pension.
"Don't do it - the people behind these scams are rogues who exploit people's vulnerabilities."
Another 49-year-old scam victim is potentially facing an £18,000 tax bill and risks losing her home after falling victim to a 'pension loan' scam.
She said: "These scams target vulnerable people. I feel very angry that I have been misled. Ignore the sales patter, ignore the glossy websites, ignore the cold calls and text messages. Go to an independent financial adviser – speak to an expert."
The Pensions Regulator has refreshed its 'Scorpion' campaign material to reinforce the message to consumers not to be 'stung' by cold calls, text message spam or website offers claiming to be able to help them cash in their pension.
It is urging pension trustees and providers to include the leaflet in the next annual statement sent to members, and anyone who requests a transfer in the meantime.
Pensions minister Steve Webb warned: "A joint industry and Government operation is working to stamp out these unethical, exploitative, poor value offers - but I would urge anyone who is approached to think carefully, consider seeking advice and, if in doubt, steer clear."
Andrew Warwick-Thompson, The Pensions Regulator's executive director for combatting pension scams, said: "Pension scams remain prevalent and need to be stamped out.
"We have seen victims lose their entire pension savings by signing up to these offers.
"If you are approached by someone claiming to be offering advice or that they can help you move a frozen pension, don't get suckered.
"You could be left with nothing for retirement, you will not be compensated, and you may have to pay fees and a high tax charge. The only people who benefit financially from the arrangements are the scammers themselves."
The new campaign is being led by the Department for Work and Pensions, The Pensions Regulator, The Pensions Advisory Service, Money Advice Service, Financial Conduct Authority, Serious Fraud Office, HMRC, Action Fraud, National Crime Agency and City of London Police.

More in this category: « Annuities shouldn't be shunned automatically on value, report finds Tax avoidance scheme users owing £430m told to pay up »
back to top