Register for Financial Planning Today website to get our daily newsletters. Click on 2 stories to see the Registration pop up.
Wednesday, 13 August 2014 17:24

Standard Life calls for trust use by families to be protected 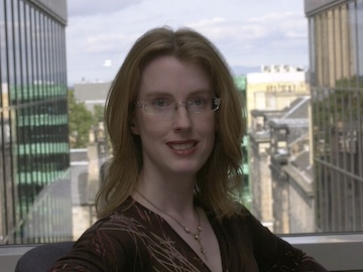 Standard Life is concerned about new rules which it says may damage the use of trusts by families as a tax planning tool.


On 31 July, HM Revenue and Customs issued a Consultation Paper aimed at strengthening the existing disclosure regime for tax avoidance schemes (DOTAS).
Standard Life says it is concerned about the possible impact on its customers and their families, with the burden of tax compliance and reporting becoming necessary, even where no inheritance tax is due.
Julie Hutchison, family finance expert at Standard Life, said: "With people living longer, family structures are often complex as people have perhaps divorced, remarried or started a new life, even at an older age. Trusts are a vital planning tool for modern families, to make sure the right people receive the money at the right point in time. We believe consumers should not face new tax compliance when using mainstream trusts to help them plan their finances, especially where no tax is due."
As currently framed, Standard Life says that the scope of the new proposals will cover a number of trusts used to hold life and pension policies. The HM Revenue and Customs impact assessment states that the proposals will mostly impact those individuals who are expected to be paying income tax at higher or additional rates.

But trusts are not only used by wealthier people, according to Ms Hutchison: "In our experience, people from across the income spectrum make use of trusts, and trusts are beneficial regardless of someone's income position – it's the family outcome which counts, whether that's concern over grandchildren, the prospect of second marriages, supporting children from previous relationships or keeping what money you have 'in the family'."
A key finding in HM Revenue and Custom's Research Paper no. 25, at section 3.3 states: "The main motivation for setting up a trust appears to be related to control of assets, rather than tax planning as found in both the in-depth interviews and the survey of trustees. While tax planning is important for some, it is usually cited second, and in relation to organising a person's affairs most efficiently, rather than as the main reason for setting up a trust."
Ms Hutchison said: "Standard Life's priority is to make sure the mainstream use of trusts is preserved for sound family Financial Planning reasons. The majority of people do not file a tax return. Should that change, because they have used a trust with their life or pension policy, this creates an administrative burden for both consumers, as well as new demands on HM Revenue and Customs. We have contacted HMRC and are keen to work with them to find a proportionate and practical alternative solution."
This regime has been in place for around 10 years now, and HMRC states it has been notified of over 2,500 schemes in that time. The disclosure regime requires 'scheme promoters' to notify HM Revenue and Customs of a new scheme, which is then allocated a reference number. Individuals need to declare in their tax return that they have used a scheme, and quote its reference number. This acts as an alert system to HM Revenue and Customs, so any abuse of the tax rules can be reviewed and action taken if required, says Standard Life.
Tweet
This page is available to subscribers. Click here to sign in or get access.
Published in Articles
Tagged under

More in this category: « Saunderson House joins the everywomanNetwork NAPF welcomes news of 4m automatically enrolled »
back to top