Register for Financial Planning Today website for FREE to view more stories and get our daily newsletters. Click on 2 stories to see Registration pop up.
Thursday, 14 August 2014 13:06 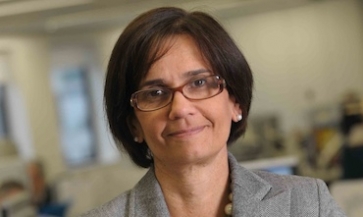 The National Association of Pension Funds has welcomed news from the Pensions Regulator that 4m people are now in auto-enrolled pensions - an increase of over 1m in the past year.

Joanne Segars, chief executive of the NAPF, said: "Figures revealed today that more than four million workers have now been successfully automatically enrolled into a workplace pension is excellent news for UK savers. Pension schemes and employers have put huge amounts of work into setting up and enrolling workers into millions of pension accounts.
"Workplace pension schemes have always provided one of the very best ways to save for retirement, and automatic enrolment offers the greatest chance of getting people into the habit of saving for their retirement. Millions of UK workers can now look forward to a more comfortable retirement, with money to top up their state pension."
She added: "NAPF research has shown that understanding the Government's rules for automatic enrolment can be daunting for employers. Whether you have one employee or a few hundred, you need to find out what you have to do, where to go for more information and when you need to ask for specialist advice.
"The NAPF's aim is to bridge any gap employers - especially smaller firms - may have between understanding the technical requirements of automatic enrolment and what providers of pensions will offer.
The Department of Work and Pensions says that 4m people have now been automatically enrolled in workplace pensions – an increase of over 1 million this year or over 6,000 a day on average.
Automatic enrolment began in October 2012, requiring all businesses to enrol eligible staff into a workplace pension and start paying contributions, beginning with the largest employers first.

The next stage of automatic enrolment will see small firms begin to enrol their workers into workplace pensions, with all employers due to be included in the scheme by 2018.
Pensions Minister Steve Webb said: "Automatic enrolment is a tremendous success with 4 million people now automatically enrolled into workplace pensions – enough to fill 10,000 jumbo jets."
Charles Counsell, executive director of automatic enrolment at The Pensions Regulator said: "A seaside hotel, a scrapyard, hi-tech factories, colleges, care providers, hairdressers and a designer all featured amongst the wide range of employers completing their duties this month. It is a mix which illustrates just how automatic enrolment is gradually becoming part of the fabric of running every type of workplace."
DWP analysis this month found 11.9 million people in the UK are under-saving for retirement.
The key factors leading to the prospect of a poor retirement income included:
• not having a full work history
• not contributing to a pension while in work
• not contributing enough to generate a large enough retirement income
Small businesses (those with fewer than 50 workers) don't have to enrol their staff into workplace pensions until June 2015.

More in this category: « Standard Life calls for trust use by families to be protected L&G confirms ABI exit by end of 2014 »
back to top