The rise of the part-time pensioner 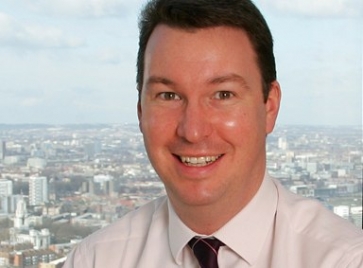 A study for LV= has found that only just over one in three (38%) UK adults of state pension age or older are fully retired.


Half (49%) of those working aged 60+ remain in the workplace to boost their retirement income and over a quarter (28%) of those who are working in their sixties, seventies and eighties run their own business. Some one in five (21%) of these businesses began when the entrepreneur was in their sixties
The survey suggests that state retirement age is no long the end of a working life for a pension but part of a much more mixed picture of work and retirement combined.
LV= says that the nature of retirement has changed and it is no longer a matter of leaving the workplace with "a golden carriage clock and entering a quiet life of leisure."
According to LV=, many people are taking a more gradual approach to retirement and are working beyond the state pension age, slowly cutting back their hours and reducing the number of days they work.
UK adults who are in employment in their sixties are working an average of 24 hours, having cut down their hours over the years. Of those over 60s who are still working, a third (35%) want to phase their retirement, which could lead to them working part-time, or taking on consulting and voluntary roles to ease themselves into retirement.
LV= says that there are many reasons for the rise in 'part-time pensioners'. For some there is a financial element that impacts on their decision to work past state retirement age, with almost half (49%) remaining in the workplace to boost their retirement income.
However, the key reasons people choose not to retire are because they enjoy working (52%) and feel that they are far too young to stop (46%). In fact, when asked how old they feel, three quarters (75%) of those aged 60+ felt much younger than they are, feeling aged 50, on average.

It would seem that over 60s refuse to be constrained by their age. The research revealed a particular group of modern day 'grand-trepreneurs' – adults of state pension age who are choosing to use their newfound freedom to set up or invest in businesses.
LV= believes that when it comes to work, the over 60s are the real 'boomerang generation'. The findings show that there is a trend to 'unretire', with many retirees returning back to work. One in six (15%) of those in their 60s have returned to work after retiring – equating to one million workers. Although some over 60s come out of retirement to give their retirement income a boost (49%), there are many who go back to work to avoid boredom (39%).
Interestingly while many are working longer, returning to work, or delaying taking their private pension to boost their retirement income, very few consider taking their state pension later. Just one in 20 (5%) of those working past retirement age have deferred their state pension, despite the fact that this would increase the value of their state pension by 10.4% a year.
Richard Rowney, managing director of Life & Pensions at LV=, said: "For many people, working for longer is a positive choice. Many people in their sixties and seventies enjoy their jobs and are keen to remain active in later life. However we cannot ignore that for others, their financial situation means they have to continue working - or even go back to work after retiring – because they simply cannot afford to stop."
According to Opinium, 1,047,690 adults aged 60 and over who had previously retired had to return back to work. There are 6,984,600 adults aged 60-69, according to ONS and of these 15% returned back to work after retiring, 15% of 6,984,600 = 1,047,690.
Tweet
This page is available to subscribers. Click here to sign in or get access.
Published in Articles
Tagged under

More in this category: « Govt must do more on independent pension guidance Pension adviser firm concerned about Treasury clampdown »
back to top