Register for Financial Planning Today website for FREE to view more stories and get our daily newsletters. Click on 2 stories to see Registration pop up.
Wednesday, 27 August 2014 08:38

RBS and NatWest fined £14.5m for "failings" on mortgage advice 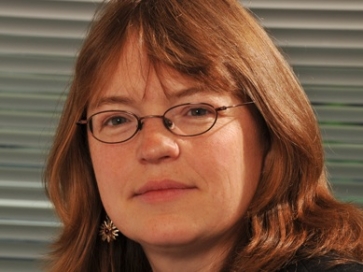 The Financial Conduct Authority has today fined Royal Bank of Scotland and NatWest £14.474m for "serious failings" in their advised mortgage sales business.

The watchdog says that the firms failed to ensure that advice given to customers was suitable. Two reviews of sales from 2012 found that in over half the cases the suitability of the advice was not clear from the file or call recording.

The issues with the sales process included affordability assessments failing to consider the full extent of a customer's budget when making a recommendation, failing to advise customers who were looking to consolidate debt properly and not advising customers what mortgage term was appropriate for them.

Only 2 of the 164 sales reviewed were considered to meet the standard required overall in a sales process. In the firms' own mystery shopping there were examples of advisers giving personal views on the future movement of interest rates. This was highly inappropriate and may have resulted in the borrower being sold the wrong type of mortgage for them.

The firms did not adequately address the failings when concerns were raised about the quality of the advice process by the FCA's predecessor the Financial Services Authority (FSA). This resulted in customers being placed at risk for an even longer period, said the FCA.

Tracey McDermott, director of enforcement and financial crime at the FCA said: "Taking out a mortgage is one of the most important financial decisions we can make. Poor advice could cost someone their home so it's vital that the advice process is fit for purpose. Both firms failed to ensure that their customers were getting the best advice for them.

"We made our concerns clear to the firms in November 2011 but it was almost a year later before the firms started to take proper steps to put things right. Where we raise concerns with firms we expect them to take effective action to resolve them without delay. This simply failed to happen in this case."

At the current time there is no evidence that the failings have caused widespread detriment to customers, says the FCA. However, the firms have agreed to contact around 30,000 consumers who received mortgage advice in the relevant period, to allow them to raise any concerns they have about the advice they received.

The firms agreed to settle at an early stage and therefore qualified for a 30% stage one discount. Were it not for this discount the fine would have been £20,678,000.

More in this category: « FCA sets out changes on how firms asked to confirm compliance IFP board director says 'advice gap' solved by his new online firm »
back to top