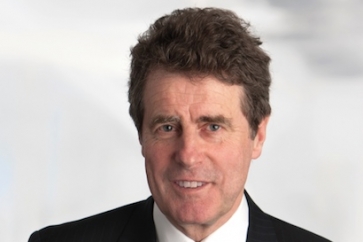 The non-executive chairman of Jupiter Fund Management has had to step down from his role because of ill health.

Jamie Dundas, also a director, is giving up the position, the company told the Stock Exchange this morning.

Maarten Slendebroek, chief executive, said: "We are all very sad that Jamie has had to retire from the Board.
"Jupiter is fortunate to have sufficient strength and depth to deal with this unexpected event and we have an excellent successor in Liz Airey."
The Board has opted to appoint Ms Airey, the senior independent non-executive director of the company, as chairman with effect from 1 September. She will also assume the role of chairman of the nomination committee.
Mr Slendebroek said: "She joined the board in 2010, shortly before the flotation, and has served since then as our senior independent director and chairman of the audit committee.
"Over these past four years, the board and the entire executive team have benefited from her wealth of experience, insight and understanding of Jupiter's unique culture and business.
"Her major contribution to the leadership and governance of the Board made her a natural choice for the role.
"On behalf of the whole company I am delighted that she has chosen to accept it."

Mr Dundas will cease to be a member of the nomination committee and the remuneration committee.
Ms Airey said: "On behalf of the company and its shareholders I would like to thank Jamie for his exceptional leadership of the company since he was appointed chairman in 2008.
"Jamie has provided an invaluable combination of extensive experience, personal wisdom and strong leadership.
"He played a key role in leading Jupiter through its IPO and its subsequent success as a listed company.
"Our thoughts are with Jamie at this time, and we hope he continues to make good progress in his recovery."
Other changes include Lorraine Trainer being appointed as senior independent director and Jonathon Bond takes up a role on the nomination committee. Jupiter will be commencing a search for a new non-executive director to take on the role of chair of the audit committee, currently held by Ms Airey.

More in this category: « Financial jargon putting savers off as lack of ISA knowledge found Most complained about firms revealed by financial ombudsman »
back to top