Register for Financial Planning Today website for FREE to view more stories and get our daily newsletters. Click on 2 stories to see Registration pop up.
Wednesday, 10 September 2014 11:09 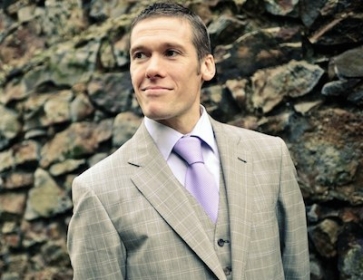 Tributes have been paid to a trailblazing adviser who "had a burning desire to change the image of his industry" after he passed away.

Darren Lloyd Thomas CFPCM has spoken glowingly of his mentor Byron Roberts, who died following a battle with cancer.

Mr Roberts, described as a devoted family man, leaves behind a wife and two children.
Mr Lloyd Thomas said he was a true gentleman who had a huge impact on the profession.
Mr Roberts' career spanned four decades, working for Standard Life, Foresight and also at Thomas and Thomas Finance – Mr Lloyd Thomas' firm – which he helped to establish.
Mr Lloyd Thomas frequently referred to Mr Roberts as 'dad' and said he was instrumental in helping he and his wife set up their business.

Mr Roberts got into financial services in the days of huge sales forces and channels of mass distribution, Mr Lloyd Thomas explained.
He said: "Byron had a burning desire to change the image of his industry – to raise its level to that of a recognised profession.
"Throughout his career, Byron was a trailblazer, being among the very first in financial services to embrace much higher levels of qualifications, often foregoing personal time to study and sit exams that made most peoples eyes water."

He was among the first few to achieve the old AFPC and SOFA titles back in the 1990s.
Mr Lloyd Thomas explained: "He had an uncanny ability to understand a financial concept in the greatest detail and then to be able to explain it in the simplest way.
"This trailblazer went on to write many of the exam questions for the very papers that he had succeeded in conquering. He was the equivalent of an ipod in an era of tape decks."
He said: "Byron leaves behind a profession, his mission somewhat accomplished through the next generation of financial planners who he recruited, educated and inspired."
Mr Lloyd Thomas said he had an outstanding level of patience and could explain a topic for hours.
He said: "The oxford dictionary describes a 'Gentleman' as someone who is honourable and courteous.
"This word is often overused. In Byron's case, I simply can not use it enough.
"In 14 years of being privileged enough to know this incredible man, I never once heard him swear, raise his voice in anger or make any comment that would make any one feel uncomfortable."
Mr Lloyd Thomas delivered his tributes at his friend's funeral service.

Last modified on Wednesday, 24 September 2014 14:36
Tweet
This page is available to subscribers. Click here to sign in or get access.
Published in Articles
Tagged under
More in this category: « Financial Planner affirms estate expertise with distinction Scotland exit plans revealed by Standard Life as vote looms »
back to top