Register for Financial Planning Today website for FREE to view more stories and get our daily newsletters. Click on 2 stories to see Registration pop up.
Thursday, 11 September 2014 09:44

'Advice gap has been moved up list of priorities' 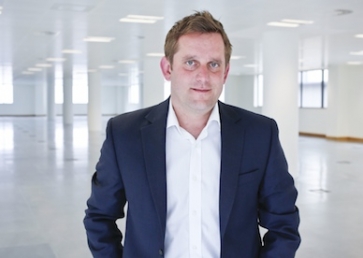 The advice gap appears to have been lifted up the list of priorities for the industry, an IFP board director says, after FCA chiefs were grilled by MPs this week.

The topic came to the fore of the Treasury Committee meeting on Tuesday.
FCA chief executive Martin Wheatley faced questions on the problem of 'millions' unable to afford or access professional financial advice could be solved.
According to IFP board director Chris Williams, the debate was "proof that the advice gap has moved up the list of priorities".
He said: "This is a hugely encouraging step for the large segment of mass market consumers whose needs are not being served.
"It has been clear for some time that there is a fundamental problem with the advice process in its current form: it is too rigid and designed to suit advisers' needs, rather than serving those of the consumer."

Treasury Committee member Steve Baker MP said on Tuesday that figures supplied to him by his constituent Garry Heath, a former director general of the IFA Association, estimated there could be 15 to 16 million people without access to advice.

Mr Williams recently launched new firm Wealth Horizon which aims to "revolutionise the way that people access investment advice" and make it affordable for the mass market through an internet based service.
He said: "In its current form, the industry is limiting clients to two choices – paying for full advice or doing it themselves.
"What it is not recognising is that clients' needs are often very simple and these should be met first, only adding augmented advice as and when needed."
Mr Wheatley told MPs on Tuesday he did not believe the numbers were as high as Mr Baker had suggested but repeated his belief that technology can help bridge the gap.
He said innovation was occurring in the industry and this was something the FCA was keen to aid.
Mr Williams, who is also on the IFP's consumer affairs committee, said: "The FCA has taken some positive steps to promote innovation amongst smaller firms worried about compliance issues, particularly with the launch of Project Innovate.
"However, further action is needed if the advice gap is to be met in any meaningful way.
"Technology is becoming an increasingly important player in this market, with clients beginning and ending their advice journeys online more and more."

More in this category: « Scotland exit plans revealed by Standard Life as vote looms No private pension for 95% of food service sector »
back to top