Register for Financial Planning Today website for FREE to view more stories and get our daily newsletters. Click on 2 stories to see Registration pop up.
Friday, 19 September 2014 10:09

Pensions and tax relief upheaval looms despite Scottish no vote 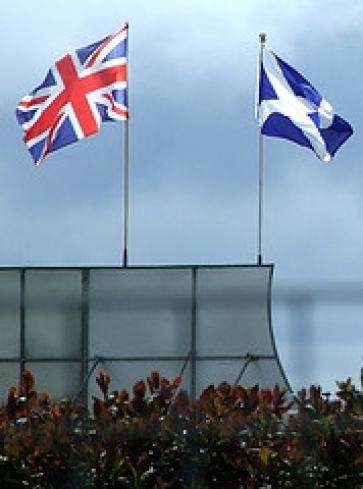 The no vote in the Scottish referendum does not mean no change for pensions and tax relief, experts are warning, as the dust settles on the historic ballot result.

Significant change is still afoot, despite Scots rejecting independence, with greater devolution set to be implemented as pledged by the Westminster parties.
The possible impact on the state pension and retirement age has been flagged up this morning as one concern.
A Towers Watson paper stated that stronger tax-varying powers for the Scottish Parliament could affect both tax relief on pension contributions and the tax due on pension payments.
Arthur Zegleman, senior consultant in Towers Watson's Edinburgh office, said: "Even before the Unionist parties committed themselves to 'home rule', Holyrood was due to get more powers over income tax from 2016.
"UK tax rates are set to fall in Scotland, with a new Scottish rate introduced. If the Scottish tax rate were anything other than 10p in the pound, income taxes would differ north and south of the border.
"Of course, the Scottish Parliament has yet to use the limited tax-varying powers that it has enjoyed for the past 15 years, but pension schemes will need to be ready for when this is no longer just a hypothetical challenge.

"When employees pay into an employer's personal pension scheme or the National Employment Savings Trust, their contributions come out of post-tax income.
"Tax relief arrives in the form of a top-up from HMRC. In future, the size of the top-up that a scheme needs to claim could vary according to whether the individual's main residence is in Scotland.
"Until 2018, HMRC plans to make uniform payments regardless of where the individual lives and balance things out by adjusting how much tax it takes out of their pay, but that is only a temporary sticking plaster."
Further strengthening the Scottish Parliament's powers opens the door to more pronounced differences in income tax.
Mr Zegleman said: "How pensions tax relief will be affected may depend on how the UK Parliament fleshes out these powers.
"For example, we have not seen any suggestion that Scottish Government's income tax powers should extend to unilaterally ending marginal rate tax relief; the SNP Government suggested that future administrations might have wanted to contemplate this following independence."
Jamie Smith-Thompson, managing director of Portal Financial, has expressed concerns about the longer term consequences of devolution regarding changes to the state pension and retirement age.
He said: "The outcome to remain in the Union does not mean the status quo will continue.
"Many people who supported devolution may feel let down by those companies who said they would move some or all of their operations south.
"In addition, any change in state retirement age will have an impact on company and private pensions as many people look to a single date for their retirement, usually the commencement of the state retirement age.
"For some people there will be an immediate need to look at the profile of their investments and make appropriate changes. It is therefore advised that anyone with investments in Scottish institutions to take professional independent advice, especially as there are also issues with potentially different tax regimes."
Tom McPhail, head of pensions research at Hargreaves Lansdown, said: "In the longer term we expect devolution of powers from Westminster to Scotland (and potentially other regions too).
"This could lead to regional tax powers – Scotland already has limited powers to vary income tax - which could in turn impact on pensions and other savings plans, however we wouldn't expect to see any change this side of the general election.

More in this category: « Scottish firm which eyed the exit door weighs up devolution impact 'Shaken up' IFP conference to deliver value for money »
back to top