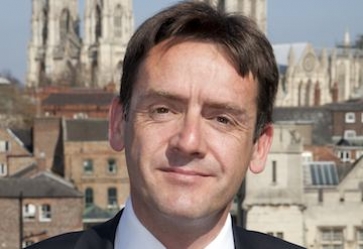 Advisers have reported a significant jump in clients seeking advice since the sweeping reforms to pensions were announced in March.

The Budget overhaul appears to have sparked a rise in interest from those aged 55 and above.
Three out of five advisers (61%) said they have seen an increase in the number of people aged 55+ seeking advice following the Chancellor's announcement on retirement income, according to the Aviva Adviser Barometer survey.
Nearly half (46%) have also seen an increase in demand from 65+ age group.
It also found that 69% of all advisers have seen the size of their 'active' client base increase in the last twelve months, a significant move from the 28% in September 2013.
The largest proportion (31%) said the main source of new clients has come from new entrants to the market, rather than former clients of other advisers (23%).
Andy Beswick, Aviva's intermediary director, retirement solutions, said: "Our latest survey shows a continuation of trends identified in previous surveys.
"As predicted earlier this year, advisers are seeing a significant increase in demand for advice, especially amongst those in the 55-65 age group, and the majority of them are recommending a mix of retirement solutions for their clients. Overall advisers are also reporting an increase in the size of their active client base."

When asked about the approach they recommended to their clients looking to secure an income for their retirement, two thirds (67%) of advisers said a mix of income drawdown and annuity; with more than a third (37%) saying the solution is weighted mostly towards income drawdown.
Only 8% now recommend an annuity as a standalone product, and one in seven (15%) suggest income drawdown only.
Nearly a half (49%) of advisers still named regulatory fees and levies as their number one concern, followed closely by professional indemnity costs (43%) and remaining profitable (41%). Concern over economic uncertainty has dropped over the last 18 months, with only one in five (18%) now worried about this, compared to 31% in March 2013.
Platform usage has continued to grow year on year, with most advisers (86%) now using two or more platforms compared to 70% in Sept 13. Over half (58%) of them use more than three platforms on a regular basis – showing increasing maturity in the market
On adviser trends, the analysis showed 79% of advisers offered independent advice, a fall of 4% over the last 12 months, while 16% are now offering restricted advice - up from 13%.
Network membership has dropped to 31% from 37%.
Advisers' future plans have remained consistent over the last year, with the same number intending to recruit (35%), stay in the market (94%), or to achieve chartered status (QCF Level 6) in the next year (16% compared to 18%).

More in this category: « Pension reforms increase need to protect consumers – FCA chief 'Automated advice is no substitute for human adviser' »
back to top