'Automated advice is no substitute for human adviser' 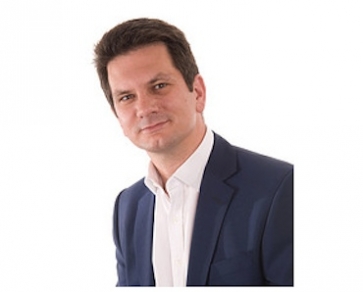 A Treasury Committee member with a background in software engineering says automated advice is an inadequate substitute for a human adviser and suggested its potential is over hyped.

Steve Baker MP told Financial Planner Online that while experts have hoped to come up with brilliant new computer based advice programs over the years, examples so far have shown their limitations.
The debate around artificial intelligence and its potential capacity to help solve the so-called advice gap has come to the fore recently.
The chief executive of the FCA, Martin Wheatley, spoke earlier this year of his keenness to explore whether advances in artificial intelligence can help deliver more and better automated advice and contribute towards solving the advice gap.

He said this was a priority and announced the FCA would look further into the subject.
Mr Baker, who ran a software engineering business before being elected as the High Wycombe MP in 2010, said: "I have no issue with people taking machine advice if that's what they want but I still maintain that there's no substitute for a human being that can connect with you in some way."
He said: "As a software engineer I've always observed that software engineers have dreamt of providing advice through artificial intelligence of whichever degree of sophistication.
"Typically its been involved with medicine. It actually isn't working very well, if you look at something like NHS 111 it's not very popular with the public. You ring up, go through a set of questions and it's usually very frustrating and annoying.
"So, although I think it would be a very good thing if we had good quality intelligent automated tools, I'm aware of the hype curb, there's usually a lot of hype but then there's the drop of despond when it doesn't work well.
"In the end there's no substitute for sitting with a real human being who can look you in the eye and deduce from what is before them, from the mannerisms, intonations, all the rest of it, that actually there's something amiss, they're (the client) not quite as comfortable with this degree of risk, or whatever it may be."
He said most people want to deal with a real person, not a robot, when they are seeking help and information.