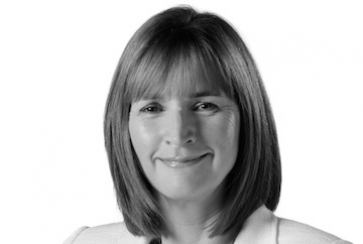 Joss Harwood CFPCM
A Financial Planning firm in the north-east of England is aiming to hit the £1million mark for turnover next year as it moves to a brand new headquarters.
Eldon Financial Planning has invested hundreds of thousands of pounds buying a new building in Newton Aycliffe. Staff moved in last week.
Having ended last year with a £750,000 turnover the firm is aiming for seven figures next time.
{desktop}{/desktop}{mobile}{/mobile}
A new Paraplanner was recruited in September and another administrator is due to come on board in January, bringing the team's staff to nine.
The new headquarters allow for further recruitment, with enough space for 16 employees.
Joss Harwood CFPCM said: "We've moved because we wanted our own front door, we've been multi-occupancy where we were.
"We needed more space so we've doubled that and given ourselves multiple meeting room and spaces, we're future proofing our business.
"It's a big commitment and a positive thing to do; we're taking a bold step.
"It's a new building, which hasn't been occupied so we've been able to do things as we wanted.
"Now we've arrived we feel comfortable and that it was the right thing to do.
"The clients who've been in so far have been wowed by the place. They have been delighted by the surroundings and set up."
The new office is closer to the A1, bringing greater convenience for clients who largely come from areas such as Sheffield, Derby, Newcastle, Durham, Darlington and north Yorkshire.
One of the first clients to come in to the new offices was one of Ms Harwood's first ever, having met him 26 year ago. Ms Harwood said: "It was lovely at the beginning of this next phase to have such a longstanding client come in."
She said the success of the business has hinged on that kind of longevity in relationships.
The firm is putting resources into the back office functions with the aim to allow Ms Harwood to dedicate most of her time to clients.
Ms Harwood became an indepedent adviser in 1996 and said back in the late 1980s in her early days in direct sales it was a "different world".
During Financial Planning Week firms across the country were offering free surgeries as an introduction to Financial Planning. Ms Harwood explained that Eldon have carried out free surgeries all year around and those who attend go away more informed.
Ms Harwood was buoyant about her firm's future, adding: "We look forward to further demonstrating that offering a proper Financial Planning service gives you a very successful business and enjoyable one to work in."

Get FREE daily news summaries direct to your inbox. Sign up on the homepage now.
Follow us on Twitter  and get frequent news alerts @FPM_online.
Or follow Editor Kevin O'Donnell - @FPM_Kevin or staff writer James Nadal - @FPM_James.
For the latest Sipp, SSAS and retirement news visit our sister news site www.sippsprofessional.co.uk and on Twitter @SippsPro.
Last modified on Thursday, 22 January 2015 17:11
Tweet
This page is available to subscribers. Click here to sign in or get access.
Published in Articles
Tagged under