Register for Financial Planning Today website for FREE to view more stories and get our daily newsletters. Click on 2 stories to see Registration pop up.
Tuesday, 16 December 2014 12:58 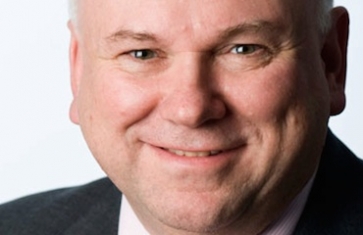 Clive Adamson, director of supervision
One of the FCA's senior directors who is leaving as part of a shake up has said his exit is partly due to the criticism in a report about a bungled media briefing.

Clive Adamson, director of supervision, told MPs this morning that there were three reasons for his departure. The third, he said, was that he became aware that there would be criticism in the Davis Review, published last week.
This report attacked the FCA's handling of a media briefing, which led to £6bn being wiped off the shares of insurance firms in March.
Grilled by the Treasury Committee today, he was asked by chairman Andrew Tyrie: "Why are you really leaving the FCA after all these years?"
Mr Tyrie asked if the announcement of his exit, the FCA restructure and publication of the Davis Review were coincidental.
{desktop}{/desktop}{mobile}{/mobile}
Mr Adamson said there were three reasons for his decision to leave the organisation.
He said: "The first is that I've felt for some time I wanted to move on from the organisation. I raised that with (chief executive) Mr Wheatley some months ago.
"We felt an appropriate time, were I to go, would be the end of my board tenure in March 2016. We discussed this at a meeting in April this year.
"The second reason is that, as you say, there's a reorganisation taking place that has been sometime in the planning."
He said this shake up meant that it was a good time to reconsider the timing of his exit.
The strategy work for the restructure had started in November 2013, he said, and that had been a trigger for thinking about when he would leave.
The third reason, he said, was "I was aware of the criticism in the Davis report."
He had seen this in his capacities as "an individual subject to criticism" and his board and executive positions.
He said: "I was aware of the individual criticism, I was aware that it would lead to some discussion about disciplinary action against me. I thought going forward I didn't want to be part of the story about the organisation so overall I felt, therefore, this was an appropriate time to leave."
Zitah McMillan, director of communications, was also a witness at the first in a series of planned Treasury Committee sessions looking into the matter.
She is also leaving as part of the restructure but told MPs she would have left regardless of the findings of the Davis Review, having originally considered it a three year role.
She said she did not think the criticism was inappropriate and said the mistakes "should not have happened" and she was "incredibly sorry that it did".
The Treasury Committee intends to take evidence from other FCA figures as part of the inquiry in the New Year, including the chairman and chief executive.
The Davis Review cost nearly £4m to carry out.

For the latest Sipp, SSAS and retirement news visit our sister news site www.sippsprofessional.co.uk and on Twitter @SippsPro.
Last modified on Tuesday, 16 December 2014 13:07
Tweet
This page is available to subscribers. Click here to sign in or get access.
Published in Articles
Tagged under

More in this category: « Firm referred to regulator's financial crimes unit £26bn of pension savings exposed to charges over 1% »
back to top