Register for Financial Planning Today website for FREE to view more stories and get our daily newsletters. Click on 2 stories to see Registration pop up.
Wednesday, 17 December 2014 12:10 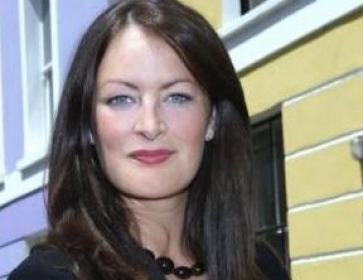 Karen Barrett, chief executive of unbiased.co.uk
Truro has been named as the UK's number one area searching for financial advice for the second year in a row.

The Cornish city topped the tables produced by unbiased.co.uk, which were compiled by population size, while Liverpool came bottom.
{desktop}{/desktop}{mobile}{/mobile}
People in Scotland appear to be among the most in search of advice with Motherwell entering the top ten hot spots while Kilmarnock jumped from tenth place to fourth.
The south continued to show strong demand for advice, with Stevenage and Salisbury remaining in the top three this year, ranking second and third respectively.

Meanwhile, Belfast, Glasgow and Edinburgh all moved out of the bottom ten.
Pensions, mortgages and investments were the top subjects for driving advice in 2014.
Within these advice areas, annuities, pension reviews and transfers, re-mortgaging, Isas and investing for income were the most sought after.
Karen Barrett, chief executive of unbiased.co.uk, said: "Truro tops the list for the second year in a row, showing that people in the South West continue to be more engaged with their finances than the rest of the UK.
"We hear from a lot of consumers that they simply don't know how to make sense of certain areas of their finances and therefore tend to put off dealing with them."

For the latest Sipp, SSAS and retirement news visit our sister news site www.sippsprofessional.co.uk and on Twitter @SippsPro.
Last modified on Thursday, 18 December 2014 13:37
Tweet
This page is available to subscribers. Click here to sign in or get access.
Published in Articles
Tagged under

More in this category: « Savings body calls for new third type of ISA Watchdog concerned about transparency on adviser costs »
back to top