Register for Financial Planning Today website for FREE to view more stories and get our daily newsletters. Click on 2 stories to see Registration pop up.
Friday, 16 January 2015 11:56 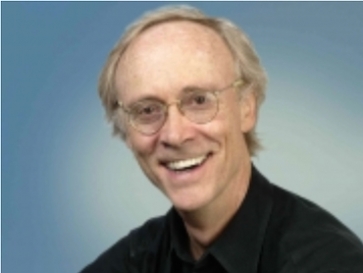 The FCA should be "extremely concerned" if its solution to solving the advice gap is through automated tools rather than human Financial Planners, George Kinder says.

In an exclusive interview with us, Life Planning guru Mr Kinder criticised the regulator for failing to find a way advisers can meet the needs of the "middle mass market" and still be paid adequately.
He said it would be "totally inappropriate" if the answer was to steer people towards so-called robo-advisers over human planners.

The chief executive of the FCA, Martin Wheatley, said last year he wanted explore whether advances in artificial intelligence can help deliver more automated advice and contribute towards solving the advice gap.

He described automated advice as a 'priority'. He announced the FCA would examine advances in artificial intelligence and any applications to the financial advice sector.

Mr Kinder, the founder of the Kinder Institute, said: "The FCA should be extremely concerned if that's their solution rather than a human being, that's totally inappropriate.

"It's totally inappropriate that they haven't studied and got a way that financial advice can work in an inspired way with middle market clients and (advisers) get paid adequately to do it."

Mr Kinder believes the FCA has failed to understand what Life Planning is and called on senior bosses to hold discussions with him.

He said: "It's about how to make Financial Planning interesting so that the middle seeks it out.

"The prices that are charged for it often make it prohibitive and not appealing.

"How to make it appealing? Life Planning is what makes appealing and you can do that at a very modest cost.

"One thing we've perfected is doing a life plan, which includes a rudimentary financial plan, in an hour."

Despite his criticism of the FCA's suggestion about automated advice, he said, that web based services can be an important piece in the overall financial advice jigsaw.

He said: "We've got a Life Planning website which works pretty well. Will it ever work as well as the best Life Planners out there? No.

"It does have a very important role and a role due to unfortunate circumstances that a combination of Financial Planners and the FCA have crossed the middle market off."

He said the 80-20 rule, whereby the 80% of the population that cannot afford it are "lopped off" by advisers is a reason that online advice is becoming a substitute.

Responding to Mr Kinder's concerns, the FCA said in a statement: "We believe a healthy advice market is one in which a range of different models exist and develop to suit the needs of a broad range spectrum of investors.

"We have been consulting on guidance that we hope will give industry the clarity they've said they need to innovate to provide this. Automated, or part-automated services may be part of that."

Christopher Woolard, director of policy, risk and research at the FCA, said: "We want to ensure we have innovation in the advisory market and new, lower-cost options available."

The regulator has been studying feedback on its simplified advice consultation and will publish final guidance shortly.

More in this category: « Plans for Partnership bond issue axed despite interest George Kinder expands focus to target consumers »
back to top