Steep drop off in annuity rates seen since August 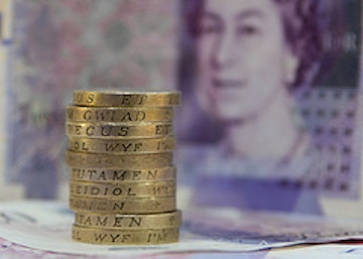 by @Doug88888 Easy Money
Annuity rates have plunged since the summer, a study has shown.

Rates have fallen by 10% on average since August 2014, according to My Pension Expert, which said they were now at the lowest level since its records began.
The top standard rate fell by 8% since August 2014 and the top enhanced rate by 10%. The top type II diabetes rate has also fallen by 10%, the top smoker rate by 12% and the top rate for someone who is classed as obese by 12%.
A 64 year-old with a £100,000 pension pot who smokes ten cigarettes daily would have received an income of £7,199 yearly back in August last year, according to My Pension Expert.

However, the company said if they chose instead to retire now then the best available rate is £6,350 which is a £849 reduction. When factoring in an average 20 year retirement, that equated to £16,980 in lost income.
Scott Mullen, director at My Pension Expert, said there were a number of reasons why annuities were falling so rapidly, including gilt yields continuing to tumble, having fallen to a low of 1.90% this month.
This directly impacts upon annuity rates as the two are intrinsically linked, he said.
The diminished demand for annuities further exasperates the situation, he added, because it has caused providers to counter by reducing rates in order to preserve the product's profitability.
Mr Mullen said: "What these findings demonstrate is just how volatile the annuity market is currently. Rates are fluctuating on a daily basis, often by significant amounts.
"As our research reveals the difference in income received annuitising today versus last summer is staggering. It's essential that those looking to purchase an annuity shop around for the best rate and make sure that it factors in their individual medical and lifestyle conditions. Failure to do so would result in further losses of income.
"We would however always recommend seeking advice when approaching retirement.
"Thanks to the Budget there are now even more options open to retirees beyond simply taking out an annuity, although this additional choice has led to the retirement process becoming more complicated than ever.
"An adviser can act as a guide throughout the procedure and ensure that the right product is selected, tailored to the specific needs of the individual at the best rate available."
Tweet
This page is available to subscribers. Click here to sign in or get access.
Published in Articles
Tagged under

More in this category: « BlackRock and Henderson directors get AIC roles Lamborghini buying spree? Just 7% will take whole pension in cash »
back to top