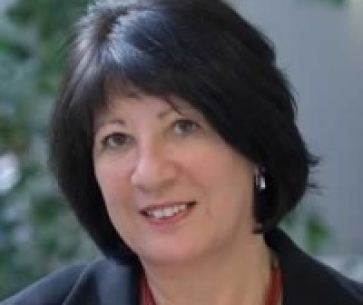 At its annual conference, the Institute of Financial Planning welcomed as its new President Marlene Shalton FIFP CFPCM of Bluefin Wealth Management.

Ms Shalton commenced her two year term as IFP President at the AGM on Monday 20 September. She took over the Presidency from Barry Horner CFPCM of Paradigm Norton.

The IFP says that Mr Horner has been highly effective in the role over the past two years, overseeing strong growth of both IFP itself and the Financial Planning profession overall.

“Our thanks go to him for his significant contribution to the development of our profession. His input as immediate past president for the next 12 twelve months will also be important as we continue our work to drive the profession forward.”

Mr Cann said he was very pleased that Marlene Shalton was taking over the Presidency.

He said: “The next two years will see the RDR proposals reach a conclusion, representing a significant period of growth and opportunity in the Financial Planning profession. Marlene’s enthusiasm and experience will be a great asset to us.

“Not only is she a highly successful Financial Planner and business woman, but her dynamism and clear enthusiasm for Financial Planning is sure to drive the organisation and our profession to reach new highs and milestones by 2012.”

Ms Shalton said: “Barry has done a tremendous job as IFP President since 2008. It will be a great honour for me to take over from him and to lead the IFP during such an exciting and important time.”

Succeeding her as new IFP Vice President is Bruce Wilson FIFP, CFPCM of Helm Godfrey. He said: “I’m absolutely delighted to be elected by the Board as IFP Vice President, and am really looking forward to supporting Marlene.”

More in this category: Financial Planning Week 2011 set for 21-28 November »
back to top