Register for Financial Planning Today website for FREE to view more stories and get our daily newsletters. Click on 2 stories to see Registration pop up.
Monday, 16 March 2015 00:00 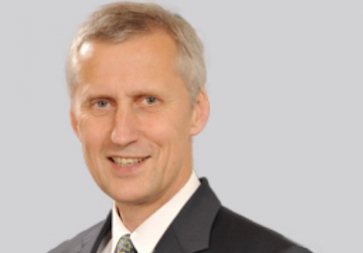 Plans to ensure that individuals working at the upper echelons of banks can be held fully accountable for their professional practices have been outlined this morning.


The Financial Conduct Authority said the new policies were "significant and will make it easier for firms and regulators to hold individuals to account".
The changes include strengthened powers of approval and enforcement for the regulators.

Martin Wheatley, FCA chief executive, said: "How a firm conducts its business and treats its customers must be at the heart of how it operates and this has to start at the top.
"Today's policy measures are an important step in ensuring that regulators have the tools at their disposal to hold individuals to account and they build on the cultural change we are beginning to see in the boardrooms of firms across the country."
In June 2013, the Parliamentary Commission for Banking Standards published its report called Changing Banking for Good.
This set out recommendations for legislative and other action to improve professional standards and culture in the UK banking industry.
It was followed by legislation in the Banking Reform Act 2013 to replace the Approved Persons Regime for banks, building societies, credit unions and PRA-designated investment firms with a new regulatory framework for individuals.
The new framework comprises two regimes, a Senior Managers Regime and a Certification Regime, which aim to encourage individuals to take greater responsibility for their actions and make it easier for both firms and the regulators to hold individuals to account.
The Senior Managers Regime "seeks to promote a clear allocation of responsibilities to key decision-makers and strengthen their individual accountability through a robust initial and on-going assessment of their fitness and propriety".
The Certification Regime will require relevant firms to "assess and certify at least annually the fitness and propriety of employees deemed capable of causing significant harm to the firm or any of its customers or those that could risk the integrity of financial markets".

More in this category: « Full of pitfalls - expert attacks annuity re-sales plan Scorpion warning to avoid getting stung by 'agile crooks' »
back to top