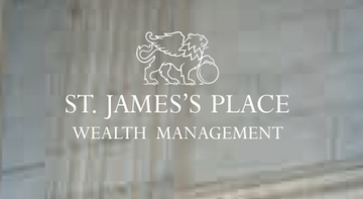 The company claimed this represented the largest sample of consumer opinion in UK financial services.

When asked to specifically consider their three top priorities for their future wealth, nearly half (47%) placed importance on having sufficient funds to pay for their long term care should they need it in the future.

Just over a third (38%) believed leaving an inheritance was among their top three priorities while a similar proportion (37%) talked more generally of wanting to help their children and/or grandchildren.

Andrew Humphries, marketing and communications director, St. James's Place, said: "Whilst ensuring they can support the lifestyle they want in retirement remains the number one goal for our clients, we are seeing a change in their priorities as the provision of long term care becomes ever more important.

"The cost of welfare is increasingly being borne personally and its impact is now being felt. Our research shows that these goals are more important for many clients than passing on an inheritance or providing for children."

Some 75% of respondents said ensuring they have enough to live on in retirement was their highest priority and 68% suggested being able to enjoy their retirement without having to worry over financial matters was a key focus.

Mr Humphries said: "The challenge facing everyone is that retirement planning is more complicated than ever before. Individuals now have complete control over their pension funds and the difficult choices they make will have a very significant impact on whether or not they will be able to achieve their retirement goals.

"In recent years we've seen higher retention of funds under management as clients have resisted taking money out of their pension funds unless they had to. This survey reinforces that experience and suggests that there is unlikely to be a 'dash for cash' in the more affluent market following the introduction of the new rules."

When asked which issues concern them over the next three to five years, 69% were worried about the state of the UK economy, with 54% nervous of the outcome of the impending General Election. Further, 43% were concerned about the potential impact of the UK leaving the European Union. Only one in three (29%) worried about a potential rise in interest rates and the cost of living (35%).