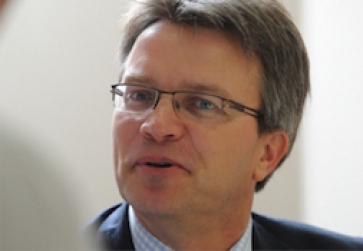 Clive Beagles, senior fund manager at Hambro, warned today that interest rate policy may need to change if wage inflation spirals upwards in the UK as he fears.

Mr Beagles told the Morningstar Investment Conference in London today that wage inflation pressures were building up because the UK was effectively seeing full employment with a record number of vacancies and unemployment falling fast.

Admitting his was a contrarian view compared to other speakers, he said he believed change was likely earlier rather than later because wage inflation pressures were being ignored but there were signs that wage inflation was already under way. He said: "We are on the cusp of a change."

In terms of UK equities, he said he believed that small caps had great potential over the next 12 months after a dismal time as one of the world's worst sectors in performance terms recently. He said he had 18% of his own UK equity fund in small caps, a record amount.

Focusing on small caps he said he was an active investor, taking up to a maximum of 8-9% in a company. He said: "We're owners of companies rather than passengers."

Mr Beagles talk was on the issue of whether Quantitative Easing had pushed up valuations in all asset classes. He said this suggested that there was no value remaining but he believed this was not the case, particularly for UK equities and small companies in particular.

He noted that stock markets around the world had reached record highs but there was no euphoria. He said this was because there had been expectations of recovery and many markets had further to go. In the UK he said the general election result had ended uncertainty and after a period of "terrible performance" the UK should be due "a bit of a catch up."

The Morningstar Conference is designed to help Financial Planners and Paraplanners keep their investment knowledge up to speed by hearing from leading fund managers and investment experts.

Among the leading speakers will be Steve Gazzard, chief executive of the IFP, who will lead the debate on the value of financial advice later today. He will chair a panel debate with a number of IFP members. Other key speakers include: Paul Mason, economics editor, Channel 4 News, Clive Beagles, senior fund manager JO Hambro Capital Management and John Bennet, director of European equities at Henderson Global Investors.

There is a Morningstar Investment Conference Mobile App avavilable at http://eventmobi.com/micuk2015/ and the conference Twitter hashtag is #MICUK.

More in this category: « Mobius says Africa has huge potential ahead "Pensions as important as property in divorce" - study »
back to top