Register for Financial Planning Today website for FREE to view more stories and get our daily newsletters. Click on 2 stories to see Registration pop up.
Thursday, 15 September 2011 12:07

Man arrested in London on suspicion of £1.3bn rogue trading at UBS 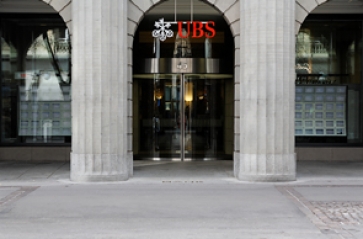 A 31-year-old man from Swiss bank UBS has been arrested by City of London police on suspicion of rogue trading.

The losses from his actions are estimated to have cost the firm £1.3bn.

The man remains in police custody after being detained at 3.30am on 15 September and the police have begun an investigation into ‘suspicion of fraud by abuse of position’.

The man is thought to work in the firm’s equities division but the bank declined to say which department or country the man worked in.

A statement from UBS read: “UBS has discovered a loss due to unauthorised trading by a trader in its investment bank. The matter is still being investigated but UBS’s current estimate of the loss on trades is in the range of $2bn (1.3bn).

“It is possible that this could lead UBS to report a loss for the third quarter of 2011. No client positions were affected.”

UBS employs 6,000 people in the UK, primarily in the City.

UBS shares fell by eight per cent after the rogue trade investigation was launched.

This is the latest in a series of problems for the firm. In 2008 it had to be rescued by the Swiss state following losses on toxic assets.  It returned to profit in February 2010 but announced in August 2011 it would be cutting 3,500 jobs to save £1.45bn in annual costs.

More in this category: « People taking a negative outlook on future inflation rates Pershing targets advisers with new custodial platform »
back to top