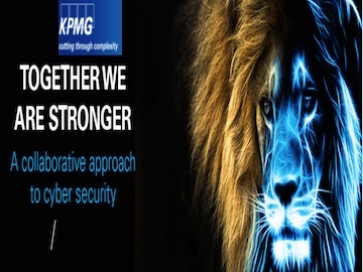 The elderly have had £1.7m stolen from them by younger relatives in an ‘explosion’ of family fraud so far this year.


Victims falling prey to one of their own family grew by 384% in the first half of this year compared to the same period in 2014.

The figures have been published in KPMG’s Fraud Barometer, which measures fraud cases with losses of £100,000 or more reaching the UK courts.

The most common perpetrator of fraud within the family was the baby boomer who, researchers suggested, may have been frustrated by the increasingly common wait to receive their inheritance, and taken matters into their own hands.

By value, 72% of familial fraud was committed by fraudsters aged over 45.

Hitesh Patel, UK forensic partner at KPMG, said: “Fraudsters in the family are abusing their intimate knowledge and close connections to steal from partners and parents.

“People are living longer, and we are seeing examples of people who are choosing to remove uncertainties about when or if they will get their inheritance by fraudulent means. It’s also likely these cases are just the tip of the iceberg – frauds of this nature often go unreported as embarrassed victims seek to ‘keep it in the family’ and ‘forgive and forget’.”

In one such case a woman stole her father’s savings after being granted power of attorney, leaving his care home bills unpaid. In another, a man stole his mother’s £600,000 savings after realising he was not the main recipient in her will.

KPMG found that Power of Attorney registrations have more than doubled in the last four years, with almost 350,000 registered in the financial year ending April 2015, up from 150,000 in 2011.

With 160 cases, fraud volumes remained virtually identical to the first half of 2014, meaning that the average value of fraud increased from £2m to £2.4m, a 21% rise.

The report also revealed a surge in white collar crime, with those in a position of responsibility or management abusing their power to commit frauds totalling £262m, an increase from £72m last year.

Such individuals included an MEP and the head of operations at the Royal Horticultural Society. In the latter case, the perpetrator stole £700,000 from his employer, in the form of goods, services and cash over a number of years.

Mr Patel said: “These white collar fraudsters often shelter in the business’ inner sanctum and can quietly wreak substantial financial havoc before their actions are uncovered.”