Register for Financial Planning Today website for FREE to view more stories and get our daily newsletters. Click on 2 stories to see Registration pop up.
Friday, 11 September 2015 00:00 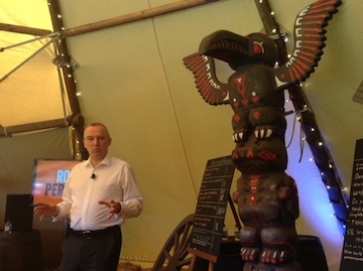 A leading figure from the FCA has praised Paraplanners for developing their own profession, without relying on the regulator to prompt them.


Rory Percival, FCA technical specialist, said the drive and focus on self improvement was a key element in professionalism.

He indicated that Paraplanning has been showing evidence of this, particularly through the Powwow movement.

Speaking at the third national Paraplanners Powwow yesterday afternoon, Mr Percival posed questions about how professionalism, as a profession or as a firm, could be defined.

An important point, he said, was that a true profession “doesn’t look to the regulator on how to improve”. He said: “Paraplanning is demonstrating quite a good product in that area. I applaud you for doing that.”

Mr Percival fielded a number of questions and covered various subjects that Paraplanners had been keen to raise with him.

One of the key topics was what needs to be included in a suitability report.

“You don’t have to have somewhere on file saying these were all the things that I’ve discounted. So you don’t need it on file either, but you do need to be clear why you’ve recommended what you’ve recommended.

“In some situations you’ll know what they are. An obvious one would be if you haven’t recommended an ISA but you’ve recommended an OEIC or investment bond or something like that, there’s going to be an obvious question mark from the FOS and by us, saying usually people do ISAs first, why haven’t’ they done an ISA?

He said one of the common criticisms still is that, while the client’s circumstances are outlined, the objectives might be too generic.

He said objectives are sometimes “too solution focused” – such as they want to have their money managed by a DFM, whereas that is actually a possible solution, not the aim. The real goal for the client in this example is to have enough money in retirement, he said.

Powwowers posed a range of other questions,including about the FCA’s expectations when visiting firms in the light of the pension freedoms and its review of the advice market.

He was later asked should or will Paraplanning be regulated, to which he gave the short reply: “no and no”.