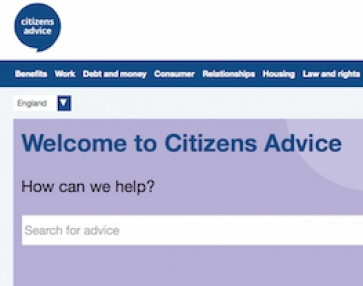 However, nearly half of people would be willing to pay some fee, says the national charity.

Citizens Advice is urging the Financial Advice Market Review to explore how to radically reduce the costs of advice options for people who don’t have a big budget for advice.

In The Affordable Advice Gap, Citizens Advice uses the example of pensions advice to highlight the scale of the price gap, where people want financial advice but are not willing or able to pay current prices, it says. Using initial quotes from IFAs the research shows that on average it is likely to cost £1,490 to take financial advice for taking a flexible income from a pension pot of £61,000- significantly more than most people are willing to pay.

Based on a YouGov survey of over 2,000 adults, the report reveals how much people would be willing to pay as a one-off fee for financial advice on how to take an income from a private pension pot worth £61,000.

Based on separate ComRes polling, The Affordable Advice Gap finds that more than half of consumers with defined contribution pensions want expert help with how to withdraw their savings. The report reveals that the free Pension Wise guidance service and paid for IFA advice are the two places people are most likely to turn to for help. The relationship between these two types of support is also clear, says Citizens Advice, as more than two in five (44 per cent) people who plan to pay for an IFA also intend to have a Pension Wise session.

Gillian Guy, chief executive of Citizens Advice, said: “The market needs to adapt to those without a big budget for financial advice. In light of the pension reforms it is clear that people want advice about how best to use their retirement savings.

“But many are falling foul of the price gap, as they are unwilling or unable to pay what can equate to an entire month’s salary in order to get advice.

“High quality, in depth advice from IFAs has an important place at the top end of the market, and likewise free guidance plays a vital role in informing consumers. But there is a real gap in between.”

“For the new pension freedoms to be successful, consumers need to understand their options. This is a huge opportunity for independent financial advisers who can offer lower price products and services, as well as for innovations such as digital advice tools working alongside face to face advice. ”

The Affordable Advice Gap also identifies the challenge people can face getting an indication of how much financial advice will cost them. The results of a mystery shopping exercise by Citizens Advice found that people were not able to get an initial quote for advice in almost three in five (58 per cent) of calls to IFAs.

More in this category: « People will draw pension cash beyond tax-free allowances, say experts Couples shun conversations about Financial Planning »
back to top