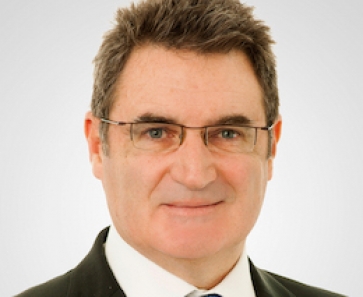 Old Mutual has confirmed the appointment of Bruce Hemphill as group chief executive following the resignation of Julian Roberts in April.

Mr Hemphill was announced as Mr Roberts' successor earlier in the year and took up the position from 1 November.

His previous roles include chief executive of wealth, insurance and non-bank financial services at Standard Bank Group, the largest African banking group by assets and earnings.

He was also chief executive of Liberty Group, an African financial services group listed on the Johannesburg Stock Exchange, from June 2006 to February 2014.

Mr Hemphill said: “I am delighted to be joining as Old Mutual’s group chief executive and leading the group in the next stage of its development.

“My initial focus will be visiting the individual businesses within the group; building a detailed knowledge of those businesses and their management; and meeting staff, customers and other stakeholders. I look forward to sharing my observations in the second quarter of 2016.”

Old Mutual provides investment, savings, insurance and banking services to more than 17 million customers in Africa, the Americas, Asia and Europe including the UK.

More in this category: « TISA says pensions Isa could undermine workplace saving IFP-CISI merger is completed as two bodies unite »
back to top