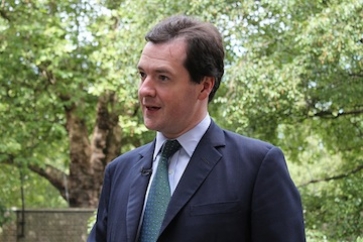 The Chancellor has announced he will support 600,000 small businesses by extending the small business rate relief scheme for another year.

The Government will also abolish the uniform business rate, George Osborne said in the Autumn Statement.

He said that businesses “need competitive taxes” and reiterated that he had already announced a reduction in corporation tax rate to 18%.

He told MPs: “Our overall review of business rates will report at the Budget, but I am today helping 600,000 of our smallest businesses by extending our small business rate relief scheme for another year.”

Financial Planner Keith Churchouse CFPCM, co-founder of Surrey-based SaidSo and Chapters Financial, said: "A one year extension to the small business rate relief scheme will be welcomed by entrepreneurs."

The official Treasury documents, released after the statement, said: “The Uniform Business Rate will be abolished and any local area will be able to cut business rates as much as they like, to win new jobs and generate wealth. Fixing the current broken system of financing local government will strengthen incentives to boost growth, help attract business and create jobs.”

Mr Osborne said: “If we really want to shift power in our country, we have to give all local councils the tools to drive the growth of business in their area – and rewards that come when you do so. So I can confirm today that, as we set out last month, we will abolish the uniform business rate.

“By the end of the parliament local government will keep all of the revenue from business rates. We’ll give councils the power to cut rates and make their area more attractive to business.

“And elected mayors will be able to raise rates, provided they’re used to fund specific infrastructure projects supported by the local business community.

“Because the amount we raise in business rates is in total much greater than the amount we give to local councils through the local government grant, we will phase that grant out entirely over this Parliament. And we will also devolve additional responsibilities.”

More in this category: « Osborne scraps tax credit changes as opposition grows Crowdfunding ISA gets Government go ahead »
back to top