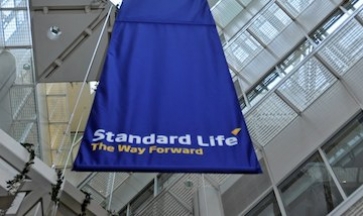 A senior fund manager who previously worked for Schroders has been appointed by Standard Life Investments as its new head of stewardship and ESG investment.

Euan Stirling joined Standard Life Investments in January 2001 but has now been handed this newly created role as the firm bids to strengthen its investment team.

Mr Stirling was previously a senior fund manager and investment analyst in the UK Equity Team at Standard Life and was responsible for managing a range of institutional UK equity portfolios for both public and private sector pension schemes.

Rod Paris, chief investment officer, said: “We are delighted to appoint Euan Stirling as Head of Stewardship and ESG Investment. It is testament to the depth of talent we have in our investment team that we have been able to fill this role internally."

Guy Jubb, who leads Standard Life Investments’ engagement with companies, will be retiring on 31 March, the firm also reported.

Mr Paris thanked him for his contribution to the business, saying for over the last 20 years he has played a "major role in helping to build Standard Life Investments’ reputation as a leader in the governance & stewardship arena.”