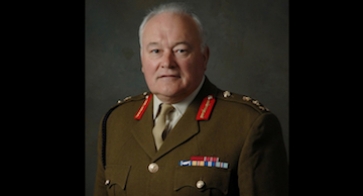 An investment management firm has appointed the former head of the British Army to its advisory board.

General Sir Peter Wall, who has served all over the world, including operational command tours in Rhodesia, the Balkans, and Iraq, has joined Cyrus Investment Management.

General Wall, who joined the Royal Engineers from Sandhurst in 1974, was later appointed as the chief of the general staff which is the professional head of the British Army. He has extensive experience of Whitehall and working at the top of Government.

He is now also director of Amicus, a strategic leadership consultancy, specialising in imparting military command experience to the corporate world, with emphasis on strategic planning and execution, development of senior leaders, trust, reputation and resilience.

Lord Peter Hain, the former Secretary of State for Wales, has also been appointed to the advisory board.

Lord Hain has served in the UK Government for 12 years, seven of which were spent in the Cabinet. He helped negotiate the 2007 settlement to end the conflict in Northern Ireland and was a Foreign Minister with successive responsibilities for Africa, the Middle East and Europe.

His other roles included chairing the United Nations Security Council and representing the UK in negotiating international treaties as well as working on domestic policy as Secretary of State for Work and Pensions.

Lord Hain is also a non-executive director of two AIM-listed UK companies operating in Africa and was a British leader of the anti-apartheid movement.

Peter Schwabach, managing partner of CIM, said: “We are very pleased to welcome two such distinguished figures to our Advisory Board.

"As an active investor in British Engineering with a focus on strategic businesses in the aerospace, defence and security industries General Sir Peter Wall and Lord Hain bring to Cyrus a wealth of knowledge and relationships that benefit our investee companies and our investment strategy.”

More in this category: « New firm to be ‘financial adviser in a pocket’ for young Low take up of advice is 'leading to a mis-buying crisis' »
back to top