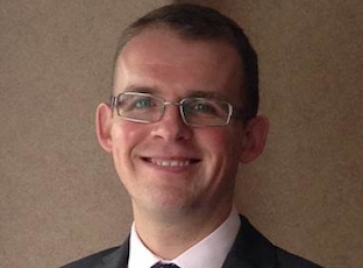 As the dust settles on the latest Budget and the analysts pore over the detail contained in George Osborne’s red briefcase, Financial Planners have given their reaction to Financial Planning Today.

Chartered Financial Planner Paul Welsh CFPTM Chartered MCSI APFS , a Paraplanner at Financial Planning Corporation in Southport, tells FPT what he made of the announcements.

FPT: What do you think the main highlights of interest to financial planners and clients are and why?

Paul: The reduction in the rate of capital gains tax will make unwrapped investments and ‘growth’ assets more appealing and will help to offset the increase in dividend taxation in certain circumstances. The increase in the ISA allowance will also be welcome news for investors and savers. These changes highlight the importance of regular tax planning to take advantage of changes in legislation.

The announcement surrounding Lifetime ISAs for the under-40s is interesting – it sounds to me like a precursor to merging the ISA and pension regimes in future years, as had been suggested previously before the apparent U-turn.

Which announcements are you pleased/disappointed to hear and why? Which was the most surprising?

Paul: It was pleasing to hear that individuals receiving dependent’s drawdown will be able to continue to receive an income beyond the age of 23. It was completely unfair that such individuals should be at a disadvantage – it is good to see that common sense has prevailed!

The most surprising element of the budget was the absence of any major increases in taxation – maybe the EU referendum has affected thinking.

Which part of the Budget do you think will come under closer scrutiny and grab the headlines in the next few days and why?

Paul: A number of tax cuts were announced and yet there was a sharp fall in the OBR budget deficit projections between 2018/19 and 2019/20, which suggests that the government may have significantly increased taxes or cut spending.

As the changes to the relevant property regime in the March 2006 budget highlighted, some major changes can be hidden in the small print. So it will be interesting to see whether any fiscal policy decisions that explain this discrepancy emerge over the coming days – the devil could be in the detail.