Register for Financial Planning Today website for FREE to view more stories and get our daily newsletters. Click on 2 stories to see Registration pop up.
Wednesday, 30 March 2016 10:38 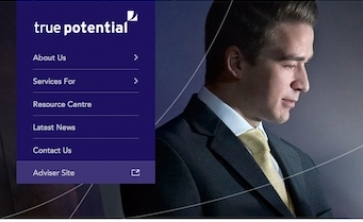 Pension Freedom cash is increasingly being channelled into bricks and mortar which has become the most popular place to invest for people taking out money from their pension.

According to online investment site True Potential Investor, property is the most popular destination for cash withdrawn from pensions in the first 12 months of the Government’s flagship pension reforms.

A year-long investigation by the Newcastle-based company shows that the main reason given by over 55s for making withdrawals under Pension Freedoms has been to reinvest in search of better returns.

While some have opted for overseas investments, alternative pension funds or ISAs, 42% have reinvested their money into new property purchases or improvements.

With almost £6bn having been taken out of pensions in total since people aged 55 and over were given unfettered access in April 2015, True Potential Investor’s study means over £800m could have been diverted into property from pensions.

In total a third of respondents have withdrawn to reinvest, while a quarter have paid off debts and a fifth have used pension withdrawals as income.

True Potential Investor’s research shows that the overall take-up of Pension Freedoms has been relatively small so far. Since access was granted, just 10% of eligible savers have made withdrawals from their pension fund.

True Potential Investor managing partner David Harrison says it is far harder to access a pension than many had hoped and the cost of advice is proving to be a major obstacle.

He said: “Accessing your pension pot sounds simple but the reality is quite different, largely driven by the costs involved. The volume of advice and evidence gathering required can mean someone with a pension pot of £20,000, may have to pay well over £1,000 just for the advice. That is undoubtedly off-putting and unnecessary.”

For some savers wishing to access their pension, it will be necessary to transfer to a new provider. Under existing rules, advisers must carry out a large amount of costly evidence gathering to prove their client will not be worse off after being transferred.

David Harrison added: “A simple solution would be to cap the annual charges on income drawdown pensions. That would reduce the volume of advice required and therefore the cost, opening up these freedoms to more people.”

True Potential has proposed that the Government introduces an annual charge cap of 0.75% on income drawdown pensions. The same cap has already been successfully implemented for workplace pensions.