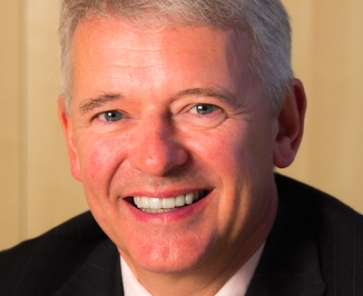 CISI chief executive Simon Culhane Chartered FCSI has warned that a lack of a central register to check who is an authorised adviser is damaging consumers and consumer confidence.

The CISI says that on 7 March a major part of the repercussions arising from the LIBOR scandal of 2012 arrived in the form of the new Senior Managers and Certification Regime (SMCR). This replaced the now discredited Approved Persons Regime by ensuring that it not be possible for individuals to adopt the ‘it wasn’t me, it was him’ defence which ensured that everyone was to blame, but no-one was accountable.

However, for those now under the new scheme, (mainly those working for deposit taking and large investment banks), this has also meant the abolition of their status on the old Financial Conduct Authority Financial Services Register. However, Mr Culhane warns there is now no adequate replacement central register for certified staff in its place. Responsibility for determining which individuals are authorised has now fundamentally changed and lies with the firms, not the FCA, says the CISI.

The lack of a central register is a backward measure and is already causing consumers concern, says Mr Culhane. As an FCA-accredited professional body, the CISI issues around 6,000 SPSs a year, of which about 650 are for new entrants to the market. However, the abolition of the Register means that the SPS certificate has had to be redesigned as the individual will no longer have an FCA number. Regrettably, says the CISI, the FCA has not yet approved the new template design and wording and therefore the CISI is currently unable to issue an SPS to any new entrant.

He said: “We are starting to receive calls from customers who, having asked an existing adviser for their Statement of Professional Standing (SPS), then look up the adviser on the FCA website and see that they are now marked as ‘inactive’, and in ‘history’ that his/her approval ended on 6 March 2016.

“This, naturally, alarms the customer who thinks the adviser is not able to give advice. At the very least, the wording should be changed to something less dramatic, such as ‘no longer applicable’ or ‘approval regime terminated’, but this doesn’t alter the fact that the consumer can no longer easily check with a central authority if the individual can provide advice.

“The position is worse for new advisers who have never appeared on the register and never will, so when a search is done on their name, they won’t even show up.

It is hard to understand how this change actually helps to increase consumer protection when it makes it harder to validate an adviser’s credentials. The only way a consumer can now check if an individual is legitimate is to go to each of the professional body sites (if they know what and who they are) and type in the name of the individual they wish to check.”

Mr Culhane added: “This is a deeply unsatisfactory position which is business critical for the individual and the firm as it prevents the individual from practising. As the Register no longer exists, the Institute is now having to rely more on firms to confirm that that individual is certified. In the past, this was a task the Institute independently verified with the Register, and that independence is now missing.”

Mr Culhane believes things will only become worse because in two years’ time the SMCR is expanded to all firms. He continued: “What will then happen to the small firms, such as Financial Planners, who have only one or two certified staff? Will we start to see, in effect, self verification?

There is a simple solution – keep the Register, but if it can’t be done under the FCA umbrella for whatever reason, actively encourage another body to do so – which is something the CISI considered doing, in conjunction with other professional bodies, when the Regime proposals were first outlined, but then we were only given lukewarm and unofficial support by key stakeholders.”

More in this category: « Royal London new life and pensions business up 40% Schroders appointments focus on digital ambitions »
back to top