Register for Financial Planning Today website for FREE to view more stories and get our daily newsletters. Click on 2 stories to see Registration pop up.
Monday, 23 May 2016 09:19 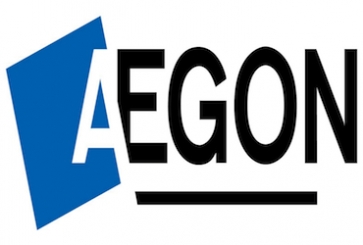 Legal & General has acquired a £3bn annuity portfolio from Aegon, it was revealed this morning.

The transaction has been structured initially as a reinsurance contract and covers approximately 27,000 of in-payment policyholders who will remain customers of Aegon during this period, Legal & General reported.

Globally as at 31 March 2016, Legal & General managed an annuity book of £45.5bn, covering over a million customers.

Adrian Grace, Aegon UK chief executive, said: “Having not been an active player in the annuity market since 2010, it made perfect sense to sell a non-core element of the business and allow us to further accelerate the growth of our platform and protection businesses.”

Alex Wynaendts, chief executive of Aegon, said: “Achieving the divestment of our UK annuity portfolio is an important step in the strategic repositioning of our business in the United Kingdom.

“The divestment enables us to fully focus on growing our platform business. At the same time, I am pleased that we have found in Legal & General a good home for our annuity customers.”

Kerrigan Procter, managing director of Legal & General Retirement, said: "In the UK there is an estimated £100bn of Individual Annuities in back books and we expect further consolidation of these back books.

“As well as this deal, other significant transactions in recent months include a further buy-in with ICI in excess of £300m, the UK’s largest medically underwritten contract for Kingfisher for £230m and our first two US PRT deals for $450m and $65m. ”

Mr Procter said: “We are delighted Aegon has chosen Legal & General to secure its policyholders’ annuities. Back book annuity risk transfer deals can be executed efficiently under our post-Solvency 2 model. Our pricing of this transaction is consistent with achieving our cost of capital hurdle rate.”

Legal & General Retirement has written approximately £550m of total annuities year to date, in addition to the £3bn Aegon transaction, with a further £150m in lifetime mortgage lending.