Till to step up at Aegon as Jarrett retires 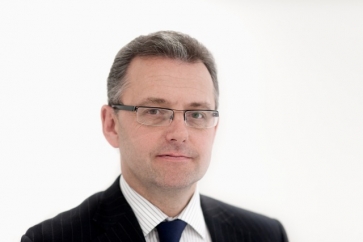 Aegon manager Mark Till is to step up to a larger role following the retirement of Duncan Jarrett, managing director retail, at the end of June after 30 years at the firm based in Edinburgh.

Mr Jarrett Having joined Aegon in 1986 and has worked in a number of sales roles across the UK for the organisation, after previously working as a Lloyd’s insurance broker. He was also part of Aegon’s senior management team and chaired the retail management committee.

Mr Till’s new role within the life insurance, pensions and asset management company, will see him become chief distribution and marketing officer in the UK. His new position will mean he is responsible for sales, marketing, investments and digital and user experience.

Retail and workplace sales teams will also report to Mr Till, who joined the firm last year, and this will also include the Blackrock Defined Contribution business which was recently taken over by Aegon, increasing its customer base to 2.5 million.

Aegon’s UK chief executive Adrian Grace praised the work of Mr Jarrett. He said: “Throughout his career with us, Duncan has made a significant difference to our organisation and the people within it. Personally, I have never worked with a more committed, loyal and professional colleague than Duncan. On behalf of Aegon, I’d like to wish Duncan all the very best for his retirement.”

Mr Grace, who became Aegon CEO in April 2011, went on to say: “Mark joined us last year and has already made a significant contribution to the business.

“We’ve made our commitment to building the best platform for advisers and employers clear and I believe that Mark is well placed to run the sales, marketing and digital user experience activities that are critical to achieving that goal.”