Register for Financial Planning Today website for FREE to view more stories and get our daily newsletters. Click on 2 stories to see Registration pop up.
Friday, 24 June 2016 14:51

Clients may be too shocked to make Brexit call to planners 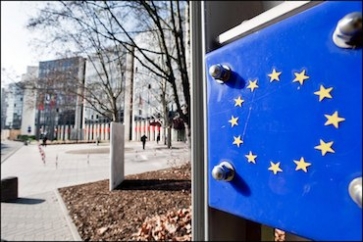 Financial Planners say they haven’t yet been flooded with questions from clients about the ramifications of the vote to leave the EU - but it might be because they’re still be too stunned.

The unexpected result has sent shockwaves through the country and Europe, with many questions to be answered, including on the economy and financial matters.

But despite the uncertainty caused by the outcome, planners said this morning they had received little or no reaction from clients.

Keith Churchouse Chartered FCSI, director of Chapters Financial in Surrey told FPT: “We haven’t so far had phone calls or emails from clients reflecting on what the decision means. They’ve been quite calm - though I’m quite concerned that it could be because they might still be in shock.

“I’m very pleased we’ve had no panicking though and nobody saying ‘take my money out’ because anyone moving now is likely to lose out.

“Financial Planners need to stand their ground. We’re advising that unless you have a particular personal need to get access to money to stay firm at the moment.”

He does expect more enquiries next week and he said he had already prepared some notes and a blog to respond immediately to emails with concerns on the impact of Brexit.

He said his firm had been long term advocates of spreading risk with diversified portfolios, even for smaller amounts, and it has aimed to reduce exposure to the European market to ensure that risks such as this were at least partly protected against.

Chris Daems, director of Cervello Financial Planning, said: "We've had a couple of calls from clients, however, our advice was not to make any knee jerk reactions to Brexit and used this as an opportunity to remind clients of the longer term nature of both investing and financial planning. We're also sending an email out to all clients today highlighting some important facts.

"It's difficult to say whether Brexit will have an impact on the number of queries we receive or new clients who want to engage with us, although I wouldn't be surprised if, like many events of this type, it makes individuals decide they want a financial adviser or planner who does works hard to keep them constantly informed.”

More in this category: « Paraplanning standard could be CPD-based Footballers victims of 2 advisers jailed over £275m film fraud »
back to top