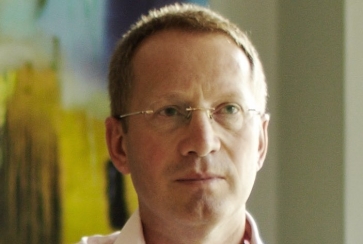 A researcher who proposed a Lifetime ISA two years before it became Government policy has suggested scrapping all fees on small pension pots below £2,000.

Michael Johnson, a research fellow at the Centre for Policy Studies, made the proposal in a new report released today, which looks at issues surrounding the development of pension dashboards.

The pensions expert proposed that from 2019, small pots and lost or orphan accounts should be exempted from all charges and fees.

His report stated: “We should introduce some nudges to encourage the industry to both modernise its record keeping and to be pro-active in connecting lost pots with their owners, and also to help customers consolidate their small pots.”

There should be an on-going campaign to encourage mergers amongst the hundreds of DB occupational schemes with fewer than 100 members, he suggested.

He said: “Digitising their records for the dashboard, onto a standard template, would be a useful pre-requisite to facilitating such scheme consolidation.”

Mr Johnson argued that merely providing information will not embed the forthcoming pensions dashboard into the consciousness of the general public.

To spur individual action, it must demand engagement by “offering utility to unlock its huge potential value to consumers through, for example, the ability to consolidate disparate pots into one place”, he said.

He believes this would improve their bargaining power with the industry, leading to larger retirement incomes via lower costs, and other scale economies.

His other suggestions for dashboard implementation include:

• The first dashboard should be hosted on a “.gov.uk” website, perhaps overseen by the forthcoming pensions guidance service.

• A multi-dashboard market should be served by a central communications hub to minimise the number of required connections between each dashboard and the many industry participants. The hub should be overseen by a body independent of the industry.

• The Government should prepare the ground for the dashboard by mimicking Australia’s SuperStream programme. This would require employers, pensions funds, service providers and HMRC to adhere to standardised electronic pensions data and payments processing, linked by National Insurance number, to facilitate consistent messaging standards.

• The forthcoming Funds Market Practice Group report into transfers should favour in specie (i.e. non-cash) transfers, where possible, and insist that assets may only be transferred to accounts controlled by the customer and bearing his National Insurance number.

• The dashboard’s ministerial champion, Harriett Baldwin MP, should appoint a small governing board, independent of the industry, to mentor the dashboard project. It could operate under the aegis of the forthcoming pensions guidance service.

• The Government could provide some focus to the development of the prototype by requesting that it be built specifically for the 4.6 million members of the Local Government Pension Scheme (LGPS).

• A 2019 deadline should be set by when all life companies’ closed books should be “dashboard-ready”.

• The Government should set some interim delivery dates for the dashboard, ahead of final delivery in 2019.

Mr Johnson said: “A pensions dashboard should be merely the first step towards a comprehensive dashboard to display all facets of our personal finances.

“It should display bank balances, savings accounts and investments alongside liabilities so that, for example, users would be a mouse click away from offsetting high cost credit card overdrafts and consumer loans against any positive cash balances (today yielding next to nothing).

“Thus consumers would be able to dramatically improve the return on their assets, by disintermediating the retail financial services industry, much of which we do not need. Indeed, it is one of the underlying causes of the UK’s poor productivity growth.”

More in this category: « Tax fraud: Adviser and co get 36 years in jail over 'Starsuckers' Pension tax relief becomes 'appealing target' post-Brexit »
back to top