Register for Financial Planning Today website for FREE to view more stories and get our daily newsletters. Click on 2 stories to see Registration pop up.
Wednesday, 06 July 2016 09:54 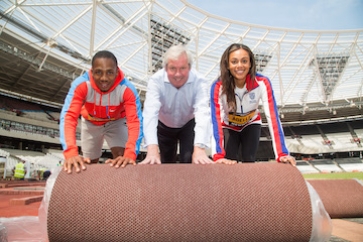 Staff from investment and finance firms will follow in Usain Bolt’s footsteps next week as they race at London’s Olympic Stadium.

Hundreds of Finance professionals will hope to channel their inner Mo Farah when they don their running shoes.

Firms such as Thomas Miller Investment, MetLife, Moneysavingexpert.com and Aviva Investors have all signed up to take part in the competition at the stadium, which will become the home of Premier League side West Ham United from this season.

They are expected to be joined by a further 7,000 runners as they compete to become the fastest finance firms in London.

Each finisher will receive a medal, whilst other prizes will be handed out in a number of different categories.

Former long-distance runner Brendan Foster CBE, who won a Bronze medal in the 10,000 metres at the 1976 Olympic Games, is the chairman of the Great Run Company, which is responsible for the event.

He said: “Business and running are both booming in London. The Olympic Stadium and Queen Elizabeth Olympic Park in Newham, East London, is thriving on the London 2012 legacy. It’s fantastic that the city’s financial sector, much of it based not far from Stratford in Canary Wharf and City of London, has the opportunity to experience its own Olympic moment just weeks from the Rio Games.

“I was in the stadium the night that Mo Farah stormed to his incredible second gold medal four years ago and am really excited that law firms across London will be able to give their staff the experience of running in the same stadium. A Thursday night in the former Olympic stadium is the perfect way to reward employees and relax together with a fun team night out for runners and non-runners alike.”