Register for Financial Planning Today website for FREE to view more stories and get our daily newsletters. Click on 2 stories to see Registration pop up.
Monday, 08 August 2016 10:23 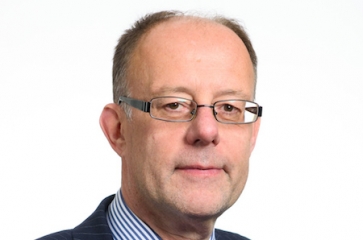 An investment management firm has reported gaining more than 250 clients at its new Norwich branch in the first year after opening.

Hargreave Hale said the East Anglian office had also gained £85m in funds under administration during its initial 12 months.

The city centre office, which is located in St George’s Street, opened following the recruitment of Richard Larner and Paul Pearce from Brewin Dolphin.

The establishment of the Norwich branch has formed part of the firm’s recent regional expansion.

Hargreave Hale relocated its Blackpool headquarters to new, larger offices, capable of accommodating 250 employees in June, after its staff numbers grew 35% in the last two years.

Branch manager Richard Larner said: “Since moving to Hargreave Hale, we have been able to re-engage with loyal clients, whilst bringing on board newer customers; both being attracted to the highly personalised and flexible service we are able to provide.

“The Hargreave Hale profile in the region is growing and provided we continue to do what we do best for our clients. I see no reason why this shouldn’t continue into the future”.

Advisory and discretionary portfolio specialist Mr Larner Chartered FCSI, has been a regular contributor to BBC Radio Norfolk on business matters over the past 25 years.

He was appointed president of the CISI East Anglia branch last December.

Mr Larner, who was 29 when he became MD of Norwich & Peterborough Building Society's stockbroking subsidiary Waters Lunniss in 1990, took over from former president Martin Warren.

More in this category: « Fines stack up to £344,000 for auto-enrolment failings Greater powers for The Pensions Regulator considered »
back to top